I can hear the collective sigh if relief; feel the exhale on the back of my neck of all Aperture + iLife users plagued by the browsing problems introduced by Aperture 3.1—an absolutely fantastic release for many reasons, but undeniably hindered by a serious iLife compatibility issue.

Aperture 3.1.1 sets out to resolve those problems. Sound off in the comments if this update fixes your woes—or if not. Let’s hope for no “not!” remarks down below.

Is the MacBook Air 11" Adequate for Aperture? We’re Gonna Find Out…

I’ve been lusting after a new MacBook Air since they were released, but have been waiting to see what the reviews said for performance. After all, it’s (just) a Core 2 Duo processor, and even at the top-end, significantly lower specced than my 2.93Ghz 15” MacBook Pro from early 2009. But the hope of course was that with a more modern graphics card, the SSD “hard drive”, and some wishful thinking, that it could still stand up as an Aperture machine.

Who Shot What? Sorting Photos by Camera & Shooter in Aperture 3

I ensure that all cameras — mine and my assistant’s — are perfectly synced immediately before a shoot so that I can edit them all chronologically later, without care to who shot what. That way when I’m sorting through photos of a critical moment (like the kiss at a wedding), I can step through image by image in perfect chronological order, regardless of who shot it or from what angle. This goes for multiple cameras that I may be carrying, and any other cameras under my control on the shoot. I find when compiling the best shots to tell a story, having all the photos in perfect order to be a tremendous timesaver (anyone who’s read any of my eBooks knows how much emphasis I put on having accurate and precise timestamps on my photos). Separating my shots from their shots in Aperture 3

However if you’re on a job with an assistant/second shooter, such as a wedding, you may want to separate out their photos from yours at some point. Perhaps you want to see how many of their shots you ended up using (good way to judge how useful they were as a second shooter), or you simply want to take a critical eye to their work. Fortunately with Aperture, this is incredibly easy to do.

Eight great prizes — including two Flush Mount Albums — are part of a fantastic giveaway from MyPhotoCreations on PhotoBookGirl. For entry details, head on over to to PhotoBookGirl.com. Move quick; the contest ends on November 29th!

This is a topic that’s shown up here on this blog, on the flickr Aperture group as well as on the Apple boards, and it appears that, at least for one user, the source of the problem has been found.

The problem has been people’s Aperture Libraries not showing up in iLife, Mail, etc—basically the Media Browser connection was broken. You can share your Aperture Library with the rest of your Mac by enabling Share previews with iLife and iWork in the Preferences:

A Little “Gottcha” on Importing *only* RAW or JPEG

As you may have heard, if you upgrade to both Aperture 3.1 and iLife ‘11, you gain all the exciting new slide show themes that Steve showed on stage for iPhoto ‘11—inside of Aperture! I’ve just installed mine, and there’s a load of new themes. Here’s a complete list of Slideshow themes. Themes with the ** next to them are new… there’s six of ‘em!

I missed this one on the original review, and it’s a subtle but welcome improvement. The so-called “Choose an Aperture Library” dialog (yeah, I dug into the manual to see what Apple called it), which you can call up by holding down the Option key on launch, or by selecting the menu File > Switch to Library > Other/New…, has seen an overhaul. The Stevenote ended a few hours ago, and I spent the last few hours poking around Aperture 3.1. 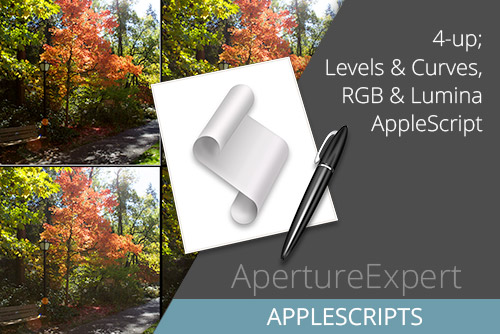 I’ve been working with Morten Scheel (@AFringeDweller) for a while developing some AppleScripts for the ApertureExpert community. We’ve come up with some pretty clever ones to start with, and we’re looking for more to develop. If you have any ideas, please contribute them to the new AppleScript Forum! 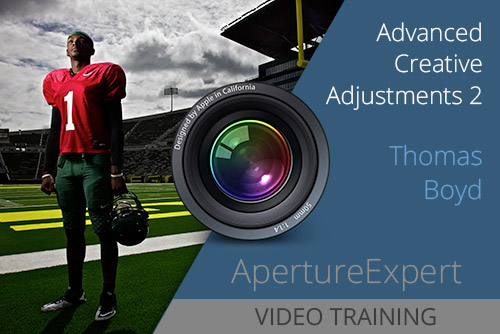 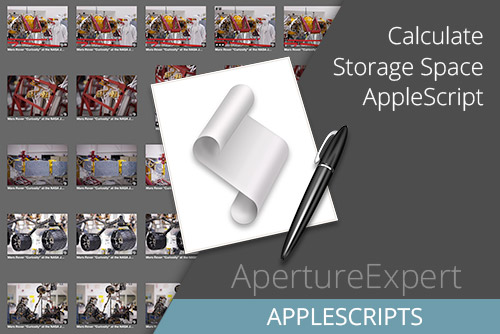 This simple AppleScript tells you how many MB — or GB — any selection of images is taking up on your hard drive, and is very helpful in making decisions of where to use the “Convert Master File Format” AppleScript.
$0.99
Order now