A reader in the forum asked a great question today, and I thought I’d post it here as a tip.

On the training videos you use the hot/cold feature to show blown highlights and blocked shadows. To set the white point and black point in my photos, I press the command key when adjusting Exposure, Recovery and Black Point sliders. Is there a difference between the two methods or are they just different ways to reach the same goal?

I can neither confirm nor deny whether the ApertureExpert users who first reported and then confirmed this issue get credit for initially finding the bug, but I’m pleased to report that in near record time, Apple has released an update to the (disastrous serious actually not as bad as it seemed but still scary) issue where photos over the 1,000 Photo Stream limit would dissappear from Aperture — that is, the ones that were already automatically im

In record time, the latest Live Training, Session 012: Adjustments; Color, Black & White is online! You can download it now (along with any other Live Training sessions you may have missed) from here, or just grab this one! Only $2, as always!

I’m selling my Panasonic Lumix GF1 w/ 20mm lens and the EFV. If you’re interested, head here and check out a short video and get more info. 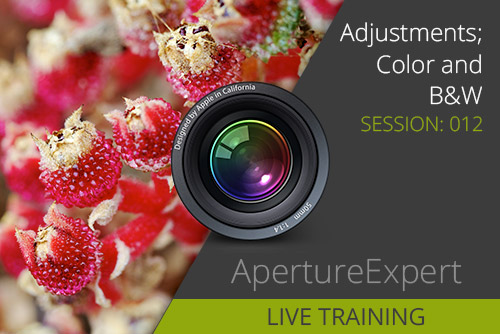 This is the fifth video in a long series about Adjustments in Aperture 3, covering both the Color and the Black & White adjustments.

The next one is scheduled! This one covers the lesser-used adjustments tools, including Color, Black & White, and probably more (time permitting). It’ll be on Tuesday, Nov 29th at 5:30pm PST. Read all the details here, or just click to register below! 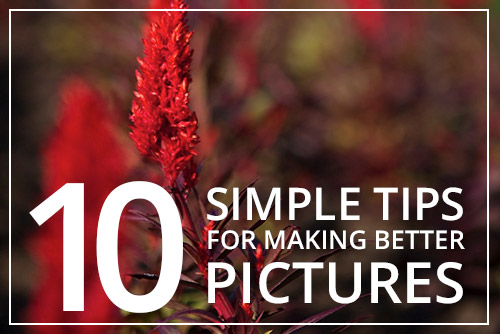 10 simple tips for making better photographs, and making YOU a better photographer. From how to hold and carry your camera to tips on composition and exposure, this is one FREE eBook you shouldn't be without!

Aperture X… The Rumors Are Rife! Go on then… tell us what you're hoping for!

A quick google search for “Aperture X” will reveal rumors dating back to 2009, so that’s nothing new. But the appearance of a pending book titled Aperture X Portable Genius on Amazon (thanks Peter for the tip), set for release in April 2012, is the sort of thing that really gets the rumor mill going.

Time to run Software Update again, if this hasn’t shown up for you already.

The latest Camera Raw update, clocking in at version 3.9, adds RAW compatibility for a series of new cameras:

New Auto-Curves Behavior & Getting the Old Way Back

Many users have noticed that Aperture 3.2 added a new behavior to Auto Curves [Luma], especially since I’d just done a Live Training video on Curves (#011) and what they were seeing on their systems was a little different than what’s on the video.

The engineers did a lovely thing in Aperture 3.2 — now when you hit the Auto Curves [Luma] button (this doesn’t apply to Auto Curves [RGB]), instead of just resetting the black and white points, it now adds an S-curve to the curve. Which is great, since that’s probably what you were going to do with Curves, anyway. The shape of the S is not a constant, either. It’s calculated by some mathemagical formula and applied just-so. But I don’t want that!

Of course, progress is sometimes just “progress”, and if all you really wanted was to have a basic black- and white-point set, then you might be pretty upset by this change. I had a user ask in the forum if there was any way to remove this functionality, and I replied that there wasn’t one that I knew of, however, I hadn’t tried any key combinations yet. Some functions in Aperture behave differently if you hold down a key while pressing the button — for example, the Option key.

For those of you who also delve into the world of video editing, check out my latest training product; Introducing Final Cut Pro X: Learn by Video! For a limited time, you can get 20% off using the code FCPROX at checkout.

Great Conversation on Photo Stream in the Forum

A reader started a conversation on the use and features of Photo Stream in the Forum, and it contains a lot of great questions and answers on the subject. I could put a big post on it here, but I think this topic is best left in the forum. Check it out if you have any outstanding questions about Photo Stream, and feel free to add your voice to the discussion.

Aperture 3.2.1 was released this morning to address the launch crash on Single Core Duo Macs as well as the two awful cropping bugs discussed here at length. The release notes say:

Workaround for the Cropping Bug(s) in Aperture 3.2 [part 2]

Reader Mr. Kgoo figured out the fix for the other cropping bug, where the top 1/4 of the screen goes blank while cropping, like this: Workaround for the Cropping Bug(s) in Aperture 3.2

There are some well publicized bugs showing up in Aperture 3.2 in regards to cropping, one of which I’ve been trying to come up with a reasonable work-around to. I have something for you; it’s not ideal, but it’s better than nothing.