Why you need these

All HDMI cameras have a slight delay between realtime and what's actually output over HDMI; this is simply inherent in HDMI processing and is unavoidable. When recording video, this is irrelevant. However when using an HDMI camera in a live production situation, if you're mixing video from the camera and audio from another source, the audio will generally be in real time while the video will not, resulting in an audio/video mismatch. Devices like the ATEM Mini Pro have the ability to program in a delay for the audio, so is in sync with video. If you're using a professional sound mixing board, the board can typically program a delay into it in milliseconds, so the audio actually arrives to your switcher / streaming hardware at the same time as the video.

These custom videos allow you to measure the delay so you can program it into your hardware.

How to use them

You can play these from YouTube directly, however I recommend against that as there's no way to know if YouTube is delivering the video perfectly in sync. Download the appropriate frame rate video, and you can download these in 4K or HD. 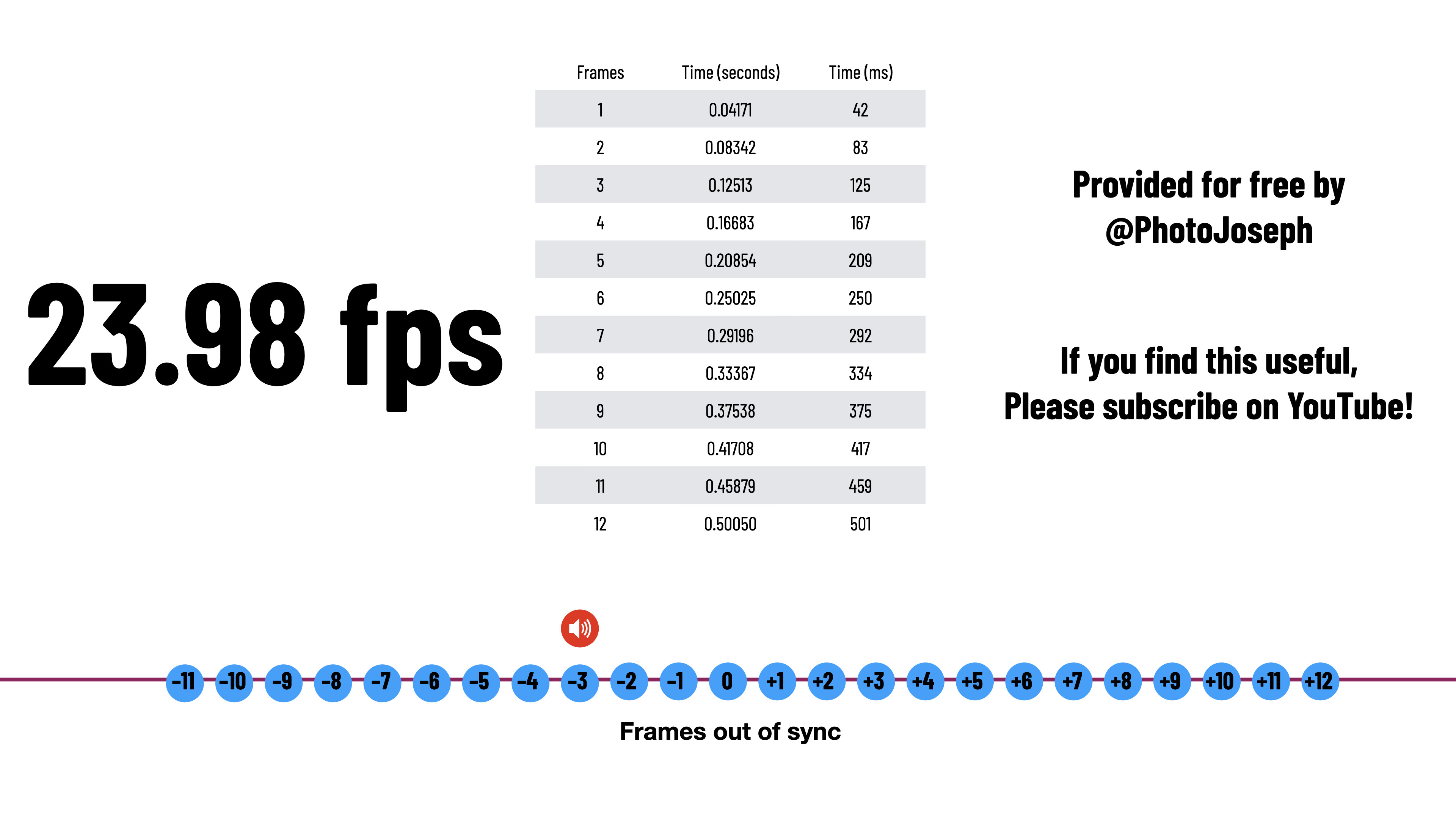