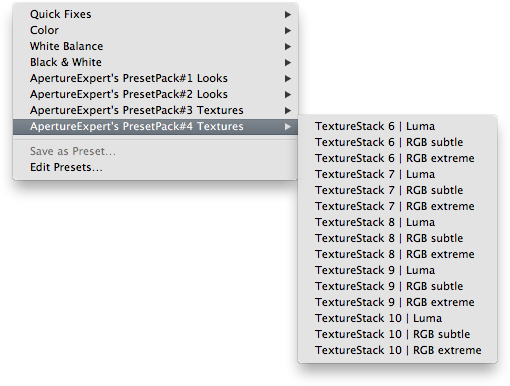 Developed in cooperation with Trey Ratcliff of “Stuck in Customs”, these presets offer a never-before-seen way to edit your photos in Aperture. Each preset is built from a series of unique textures, hand selected from Trey’s collection of over 1,000 high-resolution photographic, natural textures generated on his travels around the world (available separately as the Ultimate Textures Collection.

Each pack contains ten textures, and each preset contains a random combination of five of those ten. Each preset applies five instances of Curves to your photo, and each Curve has a custom texture embedded inside of it. Each combination has three variations — Luma, RGB subtle, and RGB extreme — for a total of 15 presets!

Here’s an original photo, before the presets were applied. 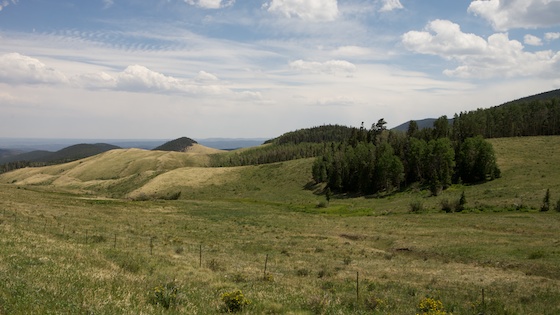 In the “Luma” presets, only the luminance curve of each texture has been changed, which means the only change you’ll see to the photo is the image getting darker and lighter where the texture maps are applied. 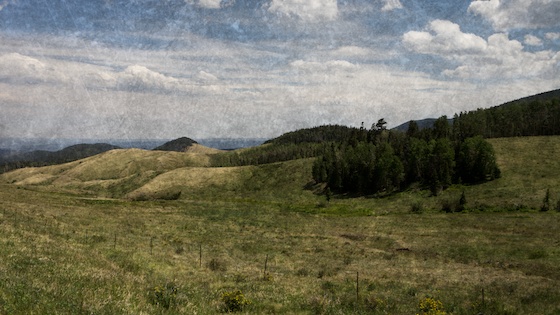 In the “RGB subtle” presets, the luminance and the RGB channels have been manipulated, and sometimes in opposite directions. The result is certain parts of the image becoming more or less blue, green and red, often independently of each-other. A single texture is often just odd-looking, but when you combine multiple textures (as is the default), the results can be quite stunning. 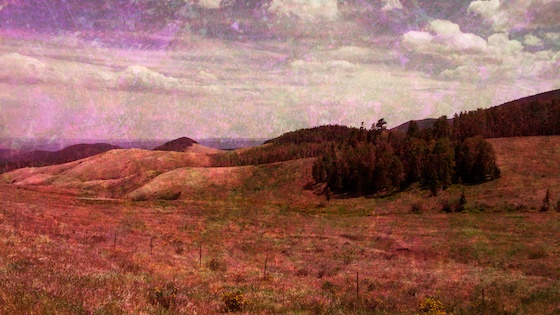 In the “RGB extreme” presets, the same adjustments are applied as in the “subtle” ones, but with the curves manipulated to their extremes. These are usually “too much”, but can look fantastic and offer a great starting point to scale back from. 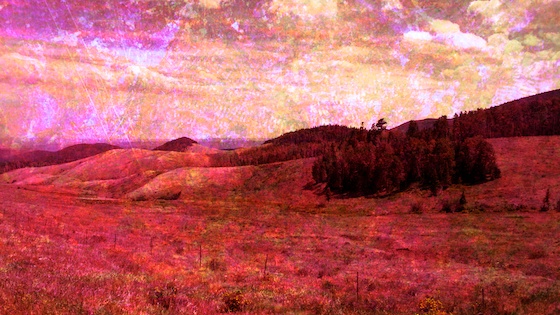 Check out this video on how it all works…