This simple script is the biggest timesaver you're likely to come across. If you regularly need to export multiple versions of the same photo(s), at a variety of sizes and formats, then this is the script for you.

All you have to do is select the photo(s) you want to export, and run the script. It'll ask you for a destination folder, then ask you to select any number of Image Export presets from your own export list. This could include default presets or your own custom ones. It then exports your photos using each of the presets, and puts the photos into folders named the same as the presets!

Here's how I use it daily

I typically deliver files to clients in very specific sizes. For my portrait clients, that means big enough for an 8ʺ×10ʺ print, as well as sized for the web. I also need those same images optimized for Squarespace. So instead of exporting each batch one at a time, I use this script to do them all at once.

But it's more than that. Because of this workflow, I don't just choose a random 8×10 or web preset. I choose three presets created and named specifically for this use. Check out this screenshot from my Image Export preset list… 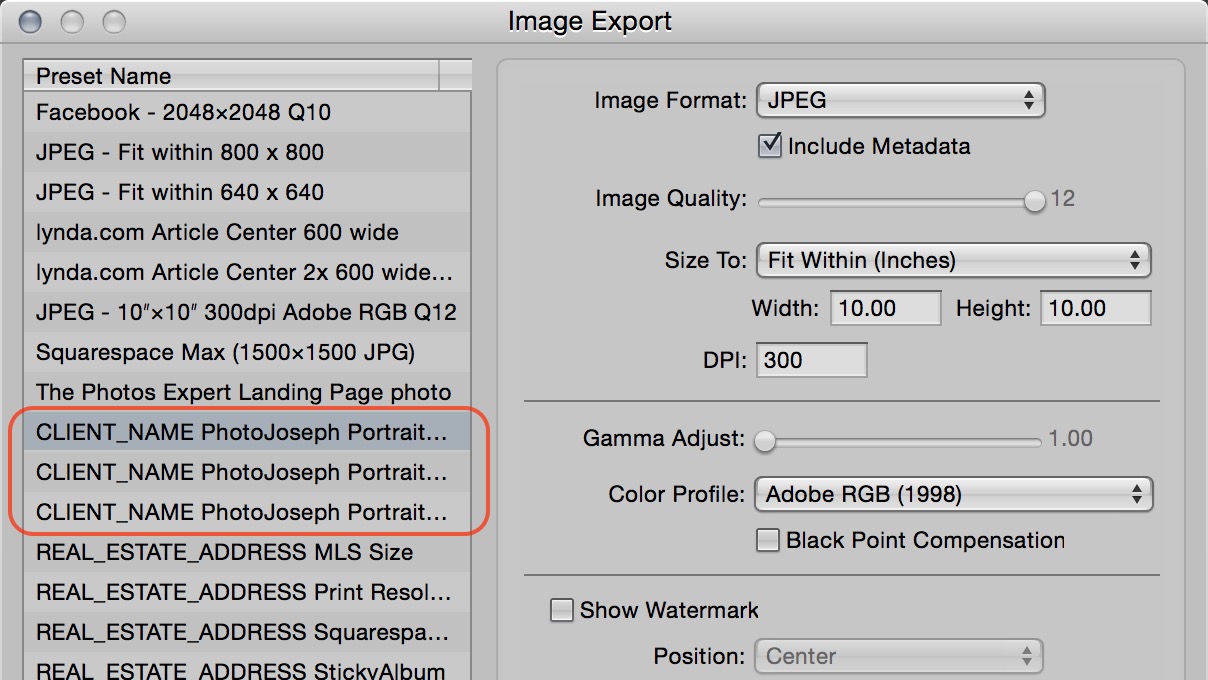 Notice the three highlighted presets (the names don't all fit in the window). They are named:

This AppleScript creates folders named the same as the presets, then exports the photos into them. My preset names describe the folder contents to the client. And that “CLIENT_NAME” part? That's for me to replace with the client's name in the folders. Pretty good, huh? I get all my photos exported in just a few clicks, and the client gets a consistent experience.

Check out this demo video…

Again this is the most useful AppleScript in my collection… don't miss out! 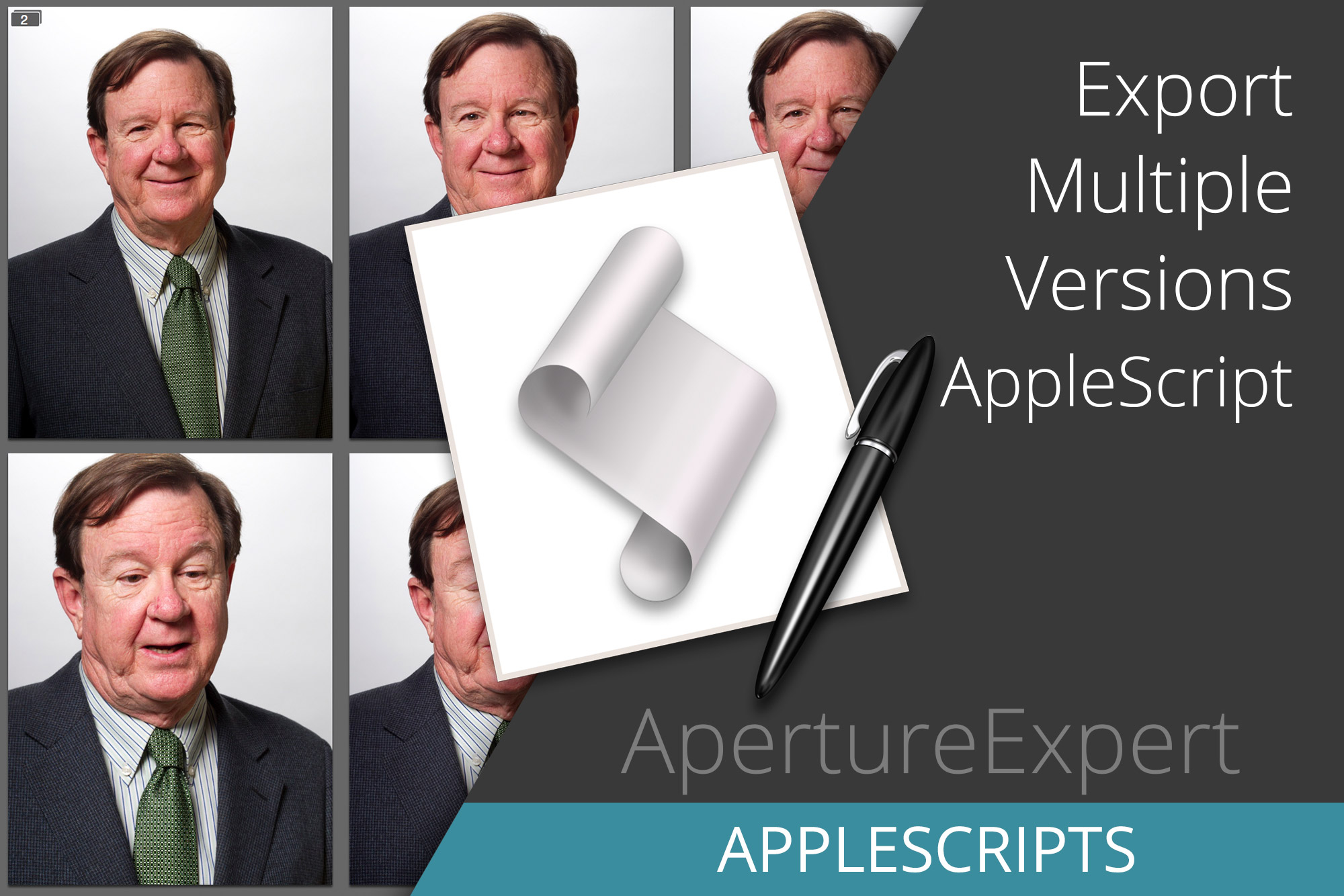