Afterlight for iOS; a Quick Look

More and more photo editing apps are starting to come out with “Extensions” capability, which means that you're able to edit your photo directly from the iOS Photos app, without having to open your image in another app, then save it back, resulting in duplicates (not to mention time spent digging around for different apps, finding the photo again, etc. etc.).

The latest one I've played with is called Afterlight, a 99¢ app from the App Store with additional in-app purchases for more “film” and “wallpaper” packs. Not only is this app Extensions compatible, it's also optimized for iPhone 6 and iPhone 6 Plus.

Here's the original photo I wanted to edit in Afterlight. As you can see, it's not great… this is an iPhone 5 photo, and it's quite washed out. 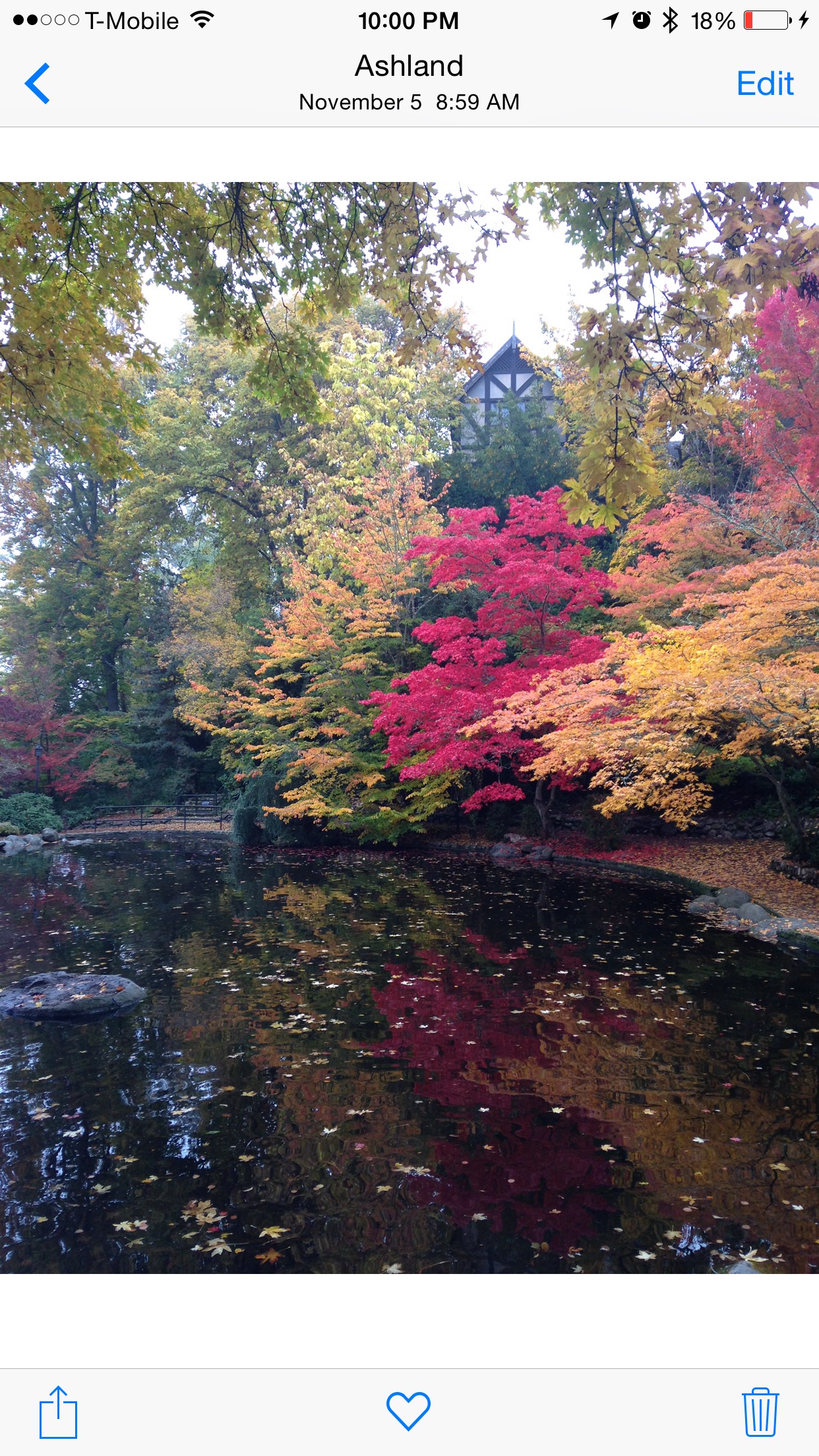 As usual, to edit the image, tap on the Edit button in the top right corner, then choose your app. If you don't see the app you're looking for, tap the (…) More button.

One problem I've noticed many times (so I believe it's an iOS issue, not an app issue, since I've seen this on many apps and on multiple devices), is where the Extension never loads, or even crashes shortly after loading. Usually though you just see the spinner indefinitely. If you see this, force quit the Photos app and try again. To force quit, double-tap on the home button, then swipe up on the Photos app.

If this spinner shows up for more than a few seconds, it’ll probably never go away. Time to force quit Photos… and I think this is an iOS issue, not an app specific problem.

Once in, the app features quite a few controls.

It includes all the basics like exposure, contrast, sharpness, grain, vignette, and so-on.

All the usual suspects are here, including more abstract sliders like Clarify

Then as you keep digging, there are more advanced and quite impressive controls. For example, you can selectively adjust the tint in shadows, mids and highlights.

But it's not just about corrective controls. There are also some fun creative ones, such as these “seasons” looks. Not only do they apply a default look, but you can scale it back with a simple slider if it's a bit too intense for your taste.

There are dozens of presets, making applying a “look” just a click or two away

One thing worth mentioning is that when you click the check box, the affect is applied to the image, and not stored as a setting. This means you can't go back into the same slider and change it, but it also means you can apply multiple effects. For example, from the presets above, you could apply “sailor” and dial it back to 20%, then apply “antler” at 50%, and finish it with “reef” at 12%. Try that with Instagram!

If that sounds like a negative feature, remember that while the individual effect may be “permanent”, you can always cancel out or at any time revert your photo to the original. You just can't readjust the individual steps once you hit that check mark.

Finally there are also a series of “light leaks”, which can be flipped, colored, and faded back.

Light leaks can finish off an image nicely, if that’s the look you’re going for

This is an impressive amount of features for this little app, and they seem to work quite well and look good. It also features masks (hearts, diamonds, individual letters) that you can apply over your photos.

Here's a finished image from a few minutes of playing… 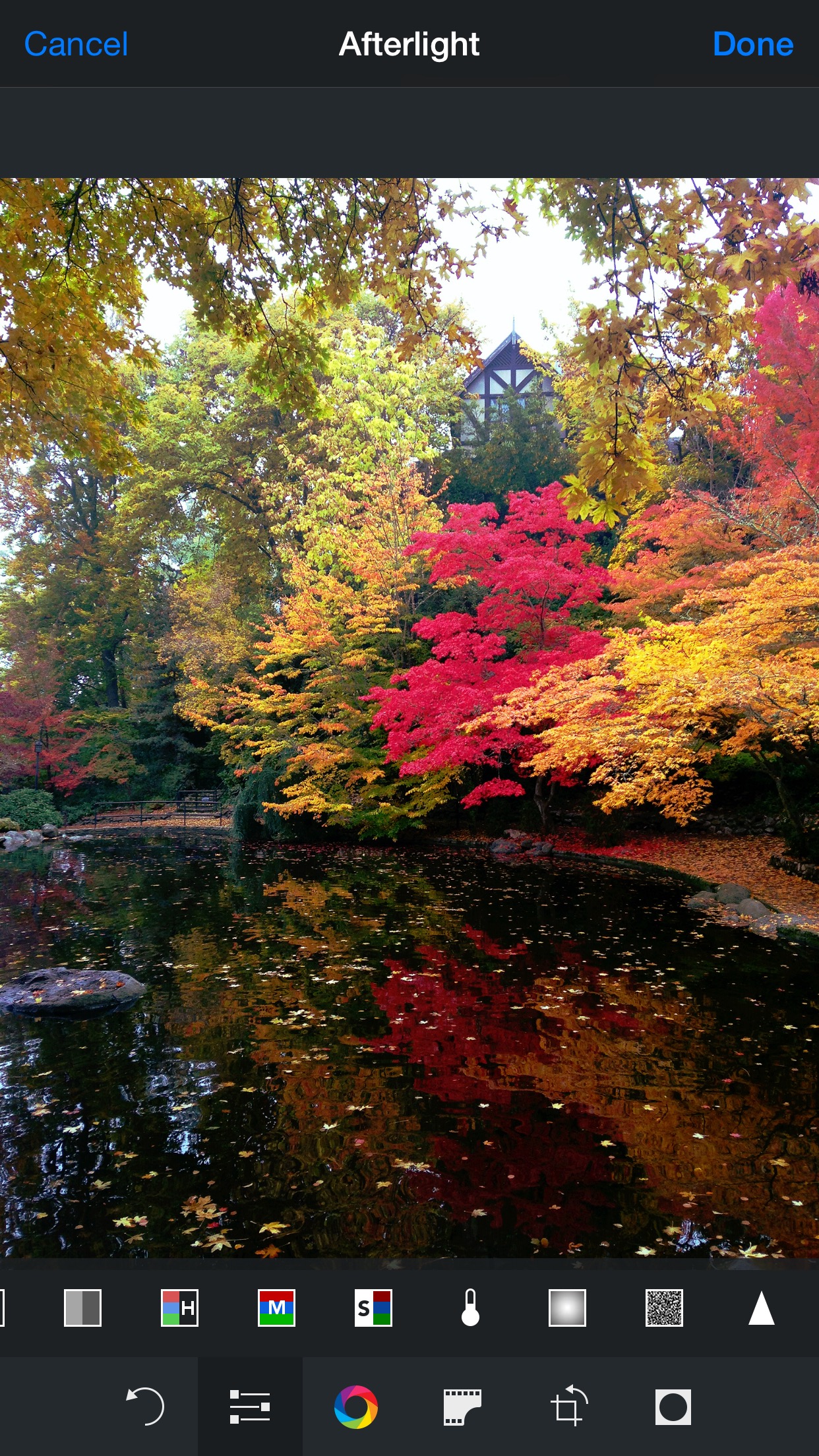 Check it out on the app store. For just 99¢, Afterlight is a great deal.

I expect the stability of Extensions relates to availability of resources, be it RAM or storage. For instance, I have an iPad 4 32Gb which is constantly running out of space, and when I had a play with extension earlier, I got into the Afterlight extension the first time to try some things out, but subsequent times, without fail, it has hung on startup, even after a reboot. Whereas other extensions have worked fine, but notably with the Pixelmator extension, when trying to save, it would appear to hang, but with the important difference the buttons were clickable, and I was able to cancel and back out of the edit session that way without saving. I didn’t try saving the results of the other extensions, so not sure if it applied across the board. When opening up Pixelmator, it would warn me in a popup I had less than a Gb of space.

Well, that is my problem; 32Gb seemed a lot when first getting this thing, my first iPad, but with my tendency towards getting new apps to play with all the time, I have an awful lot of apps with little room for any media files (I have no music on it, and the iCloud Photos features has wiped most of my photos from it to make space). It is difficult whenever I do go through looking for something to remove, because I wanna keep ALL the big space hogs, and all the little ones seem too small to not just keep around, except it all adds up.

Another potential issue would be the RAM, as it loads the extension concurrently with Photos; it will be interesting to know if the issue occurs as much on the new Air 2 with more RAM given the same conditions of being full to the brim, versus having plenty of space.

And of course you have the general problem of ironing out all the kinks in a major OS overhaul; big changes are bound to bring plenty of bugs, and iOS8 has had its fair share.

I am yet to see the promised utopia of the full capabilities of installed graphics apps being available via extensions to Photos, perhaps nondestructively, all working seamlessly without issues. As it is, apps like Afterlight and Pixelmator only expose a small subset of what they can do; I cannot use Pixelmator’s blemish removal tools or anything like that, just apply some filters. Which is better than nothing, but less than ideal.

Had to smile when I saw this photo.  I have one from just about the same spot.  I didn’t realize you were in Ashland until recently!