I also considered that maybe both are imported but after import the same “J” icon is there with no obvious way to switch to the RAW. Well, there’s a menu item (Image->Use RAW as Original) but it is dimmed leaving me to believe the RAW file didn’t import.

On the other hand, images that are obviously only JPEG taken by the iPhone do not have that “J” icon on the thumbnail.

Or maybe this just isn’t implemented yet.

I partially answered my own question by looking into the library package. Both RAW and JPEG files were imported which is why the “J” badge shows on the image in Photos. I just can’t figure out how to make it use the RAW. Seems like that Image->Use RAW as Original command is the way but it’s dimmed and can’t be selected.

I manually imported the RAW file by dragging it from the Finder and then I can edit RAW and the icon badge is not present. Makes sense.

I know this is late, but I was having the same problem.  Press Enter on a photo so you’re in the black background Edit mode.  Right-click on the photo, and Use Raw as Original becomes available.

It looks like a one-at-a-time operation, though–I can’t see how to make multiple images use Raw, or even how to select a default.  It seems to non-negotiably use jpg as the default.

I also shoot RAW + JPEG so I can download pictures to my iOS devices directly from the camera. On the one and only shoot I have imported into Photos.app so far I jsut deleted the JPEGs from the SD card using finder before I import. It’s not as smooth a process, as it used to be in Aperture, but then it only takes an additional 30 seconds on import.

I figured a way to import only the RAW or only the JPEG files using Image Capture app. When your flash card is mounted, you can sort by size and select all the JPEG or all the RAW, change the Import To: setting to Photos.app and click the Import button.

You’d think that sorting by kind would be better, but for some reason that isn’t working for me. Sorting by size works though.

See the screenshot below. 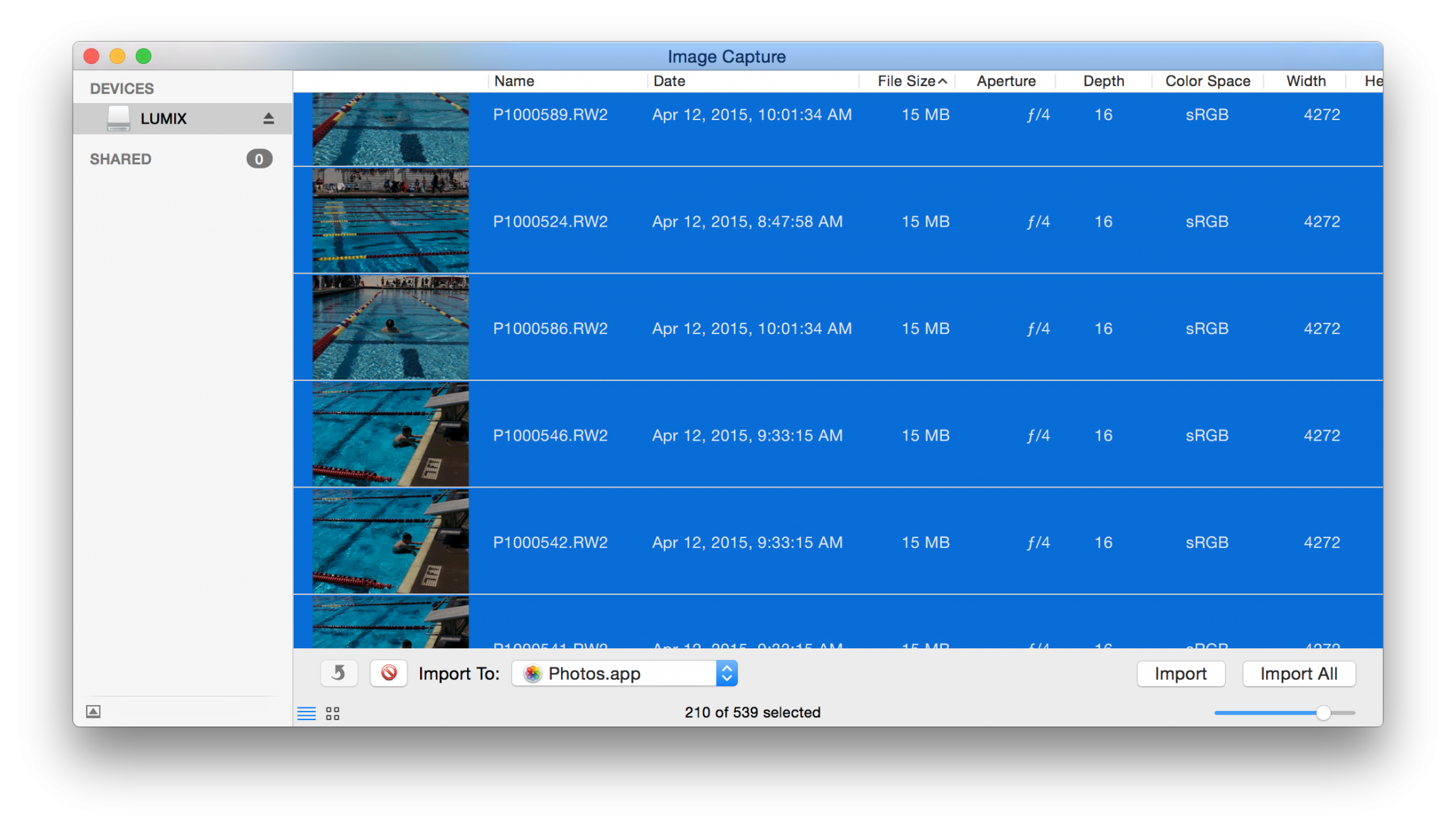 Sort by size, select RAW files and Import To: Photos.app

Hello Thomas, you can use this Mac photo viewer to browse most RAW images with ease.

have a nice day