This is all of the Live Training 001 (the original series), start to finish. If you're new to Aperture and want to learn it top to bottom, these bundles are a great way to jump in and start swimming immediately! This bundle contains over 21 hours of Aperture 3 live training, real world questions and honest answers.

What is Live Training?

Live Training is a series of 45 to 60 minute Aperture training sessions recorded live, every two to four weeks, starting in early 2011. They were created as a way to train on specific features in Aperture, one segment at a time. They were all broadcast live for free, and the unedited recordings were sold afterwards for just $2 each.

What is this bundle?

This Live Training 001 bundle contains all of the original ApertureExpert Live Training 001 sessions, from 001 to 025, over 21 hours of training, normally sold for $2 each, but bundled at a significant discount.

NOTE: All videos from this 001 series up to Session 020 were recorded on Aperture 3.0 to 3.2. With the introduction of Aperture 3.3 (Session 021), the interface changed. Aperture may look different in the earlier videos, but the functionality is largely the same. Of course new features were added along the way, and my be missing from earlier videos.

The newer Live Training 101 series were recorded using the latest Aperture as of early 2014, so Aperture 3.5 and then Aperture 3.6 on Mac OS X Yosemite.

The Live Training 101 covered the same topics as the original 001 series, however they…

Which should I buy?

If you're new to Aperture, I'd suggest starting with the 101 series, and if you get all caught up but want to learn more, go back to the old series, with the understanding that some of the UI may look different.

If you're an Aperture veteran, then you'll probably benefit from watching both, since the UI change is less likely to confuse you. Sure there's some repeat, but a lot of it will be new!

Can I just buy them all?

Of course! Check out the ApertureExpert Live Training Super Bundle, which contains 001 through 025 and 101 through 119. That's over 39 hours of training! And of course, the discount is even bigger. 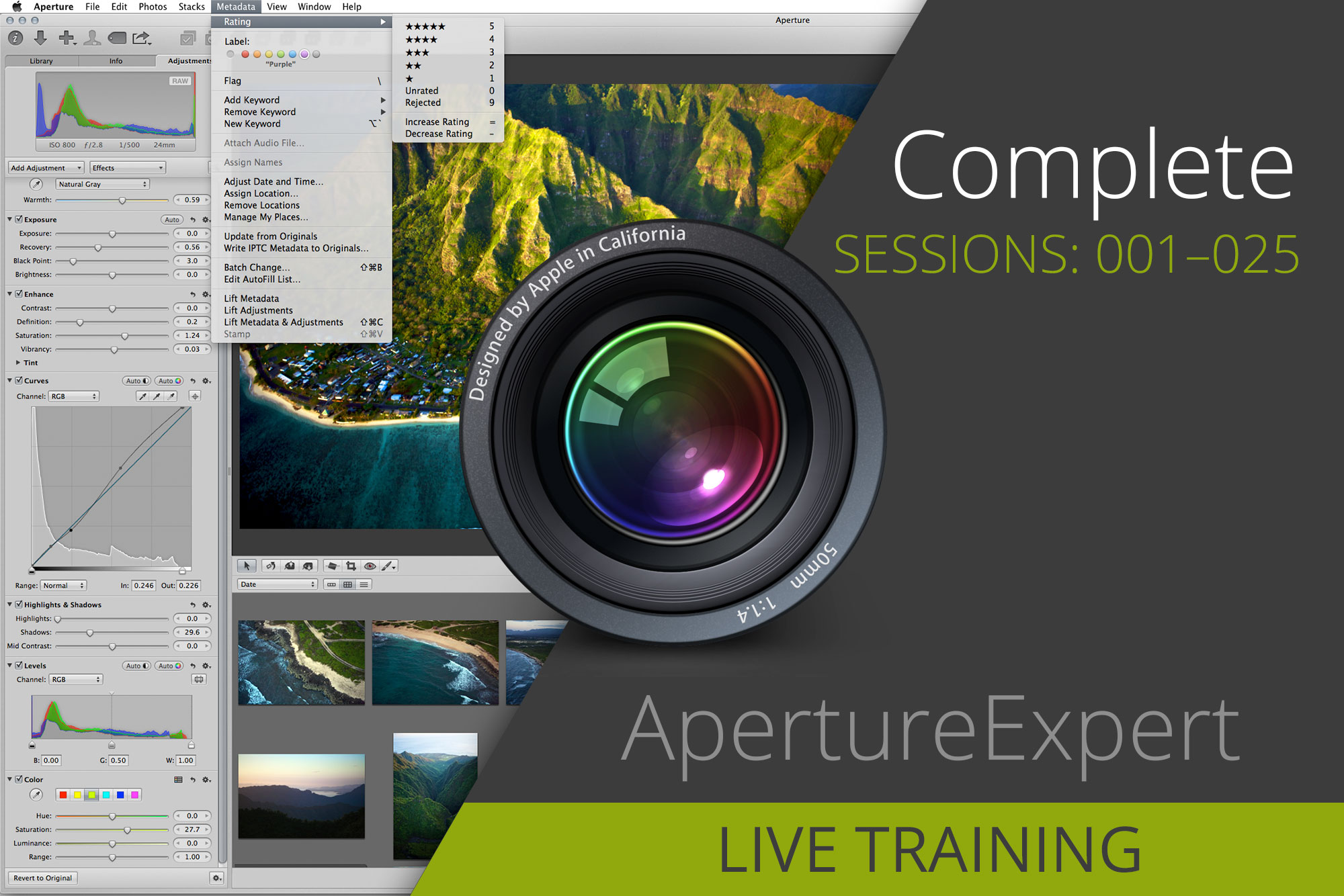