SmugMug integration was a much anticipated, hotly hoped-for feature in Aperture, and we got it in version 3.5! It's not a particularly complex capability, but there's some great functionality hiding under the hood, such as the ability to interact with your clients through comments directly from Aperture, to take advantage of the SmugMug Quick Settings feature, and to replace photos with updated versions instead of additional new copies.

Watch the captured live broadcast for FREE at low resolution, or purchase and download the ad-free, re-recorded version (oops, forgot to hit record!) in high resolution.

Or even if you watched the free version and learned something from it, please consider buying this video to support the site. Thanks!

It's all on the store… 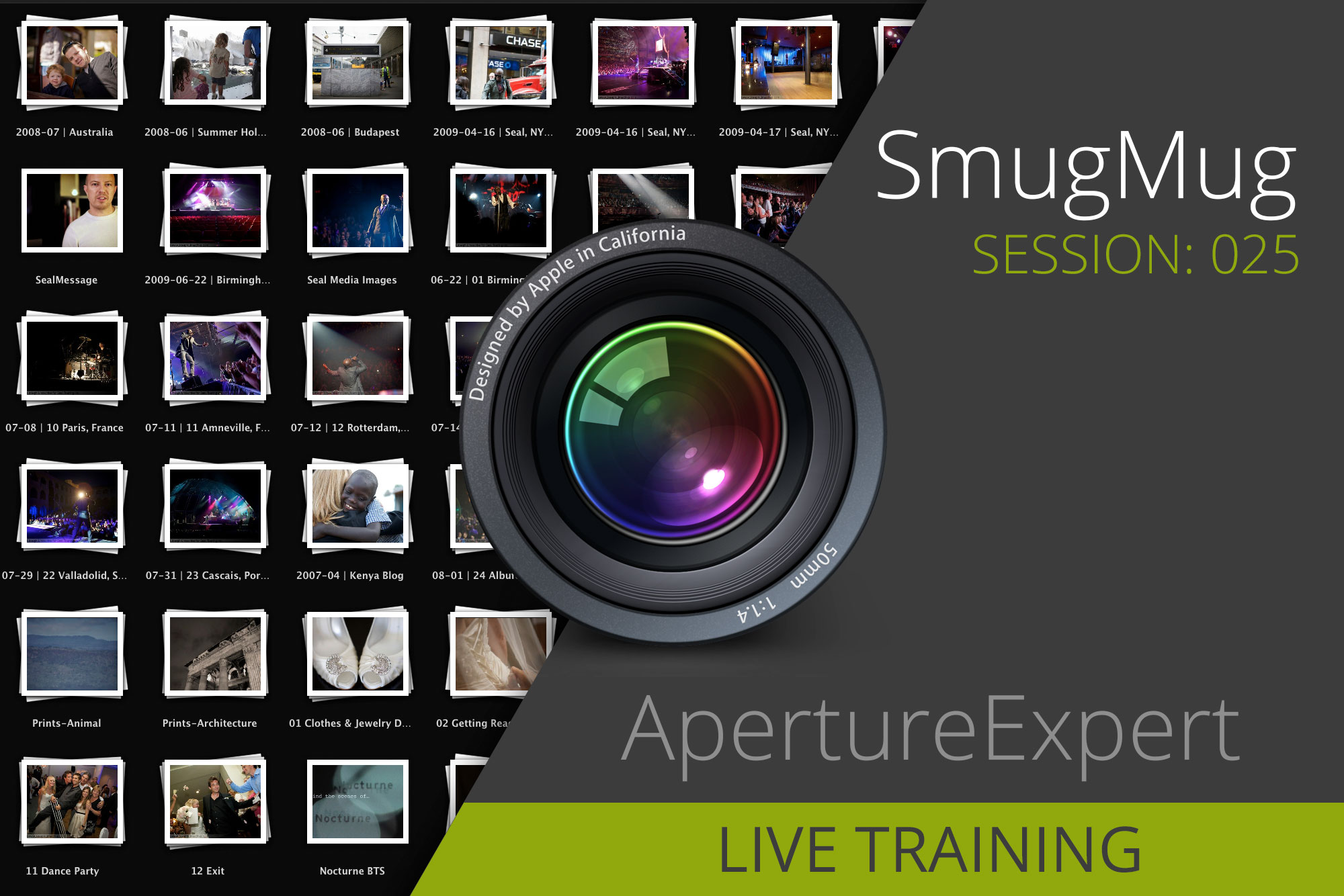 I like the idea, just like I like the iCloud syncing. But I have new Libraries for clients all the time, and the photos from other Libraries download to the current Library if I’m logged in. That is in iCloud. I haven’t yet tried SmugMug. Does it do this same thing? Is there a way to prevent it in iCloud?

Thanks for the Training! And the new site.