As deliriously silly as this sounds, I’ve barely spent any time in Aperture yet myself. Since Tuesday night, I’ve been preparing for and shooting a series of Aperture 3 training videos for the fabulous wedding photographer Sara France. So most of my Aperture exploration has been limited to watching her and reading websites! Tragic, I know.

Anyway there’s a combination of features that are listed on Apple’s “200+ New Features” page that truly make this a release a game changer, and that’s the ability to Export as Library, and to Merge and Sync Libraries. So why is this so important?

With Aperture 2, managing multiple libraries was a pain. Which made owning multiple computers a pain, because if you wanted to use Aperture on more than one system, you either had multiple libraries, or moved a library around. Never clean, never easy. And if you exported a project to bring to another system and then made the mistake of updating images in both libraries; fuggedaboudit.

So here’s the new workflow that makes so, so much sense. And is so easy it’s criminal.

Say you have a shiny new 27” iMac quad-core i7 with 8GB RAM on your desk at home. I don’t, but let’s just say you do. And you have a MacBook Pro for your travels. The Aperture library wants to live on the iMac—it has the bigger screen and the faster, well, everything. So you put your library there. Naturally.

Now you’re leaving on a trip and you want to take some of those pictures with you. Not all of ‘em, no no no, because that’s like 10 years of digital photos and that’s the LAST thing you need clogging up your portable. So now with Aperture 3, you export the project(s) you want to work with. Or just part of a project—like, a book, or an album, or a folder of albums, or a slideshow, or anything. And not only can you export those projects and albums and books and slideshows as projects and albums and books and slideshows, but you can export them as a library. This means you can copy that new library to your MacBook Pro and just open it. No importing, no merging, just opening. Awesome.

You go on your trip. You edit your photos. You add more photos. And just to complicate things, back at the ranch, someone else updates the same project on the iMac. Maybe it’s a wedding shoot (theme of the day) and you’re retouching while on the road, and your designer is making a book back home. Or maybe the project is your Christmas holiday and you wanted to organize pictures; the spouse is home making websites and updating facebook and adding metadata to the files. Whatever it is, you’ve both just changed the same project, and prior to Aperture 3, the results include words I can’t write on a family website.

But with Aperture 3, it’s all OK. When you return home, you can simply merge the libraries. But not only merge—you can sync. The changes you’ve both made on the same project will merge together into a thing of cohesive beauty. The update project will contain your edits, their books, your organizing, their web pages. Amazing.

The handling of multiple changes is astonishingly good. Let’s say you crop photo_01 in the desktop library, and adjust exposure on photo_02 in the mobile library. Then let’s say in that mobile library, you add metadata to the same photo_01 file that was cropped in the desktop library. When you merge the libraries, everything is synced correctly—the desktop-cropped photo_01 will gain the metadata added to the same photo_01 in the mobile library; the exposure adjustment on photo_02 will be applied. The only thing it won’t do is combine adjustment or metadata effects onto the same file. In the event that the file has had adjustments applied on both libraries, Aperture will detect that and ask which library takes precedence. I just tried this out with a series of changes to both libraries and am blown away at how well this works.

Yes, this is a game changer.  It’s infinitely more simple now to work with multiple projects and multiple Macs, and keep it all in sync.

I am using Aperture on two Macs and I’d like to have backup on my synology device in local network. In this environment I’d like to know if and how is possible to sync across those 3 devices (2 for editing photos and synology just for backup). What is best scenario for this?

Second question: f.e. I have two computers with same library (merged each other). Now I delete one file from library 1 on computer A. Is it possible (and how) to sync library 2 on computer B that way that deleted photo will disappear as well on library 2?

There is no syncing between libraries like you’re asking for, and I’m also not familiar with Synology so can’t advise there.

You can merge projects and that will merge rating status (including rejected) but I don’t think that’s what you want.

Can you please re-post this question in the forum so we (and others) can discuss it there? Thanks. 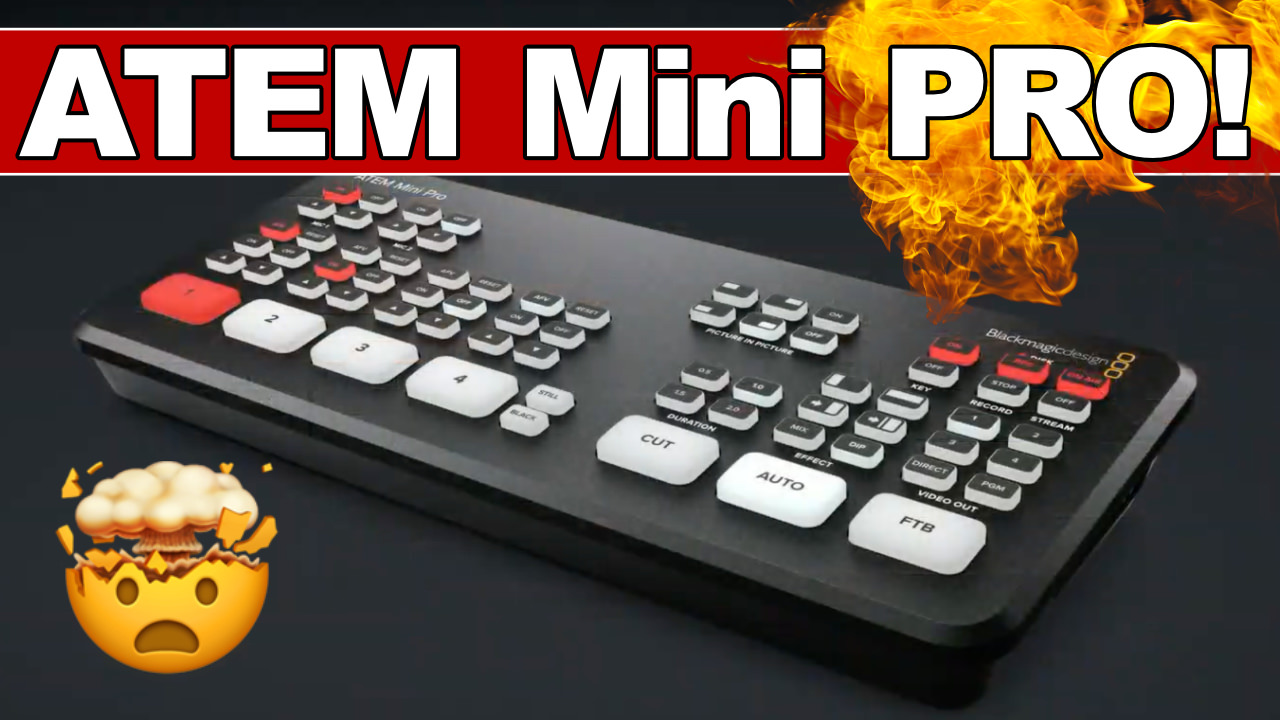 The Blackmagic ATEM Mini *Pro* has just been announced, and it's incredible. Find out what we know! It's truly a remarkable update!