Faces on Photos for iOS… You Can’t See Them, but You Can Find Them

Faces is a feature we've had in iPhoto and Aperture for years, and it has made its way to Photos for OS X as well. Unfortunately, we don't see Faces on Photos for iOS. I suspect this is something we'll eventually see, but for now, it's not there. Which is a shame.

However, it turns out if you search for a face name, the data is there. So you can find Faces by search, just not through a visual interface. 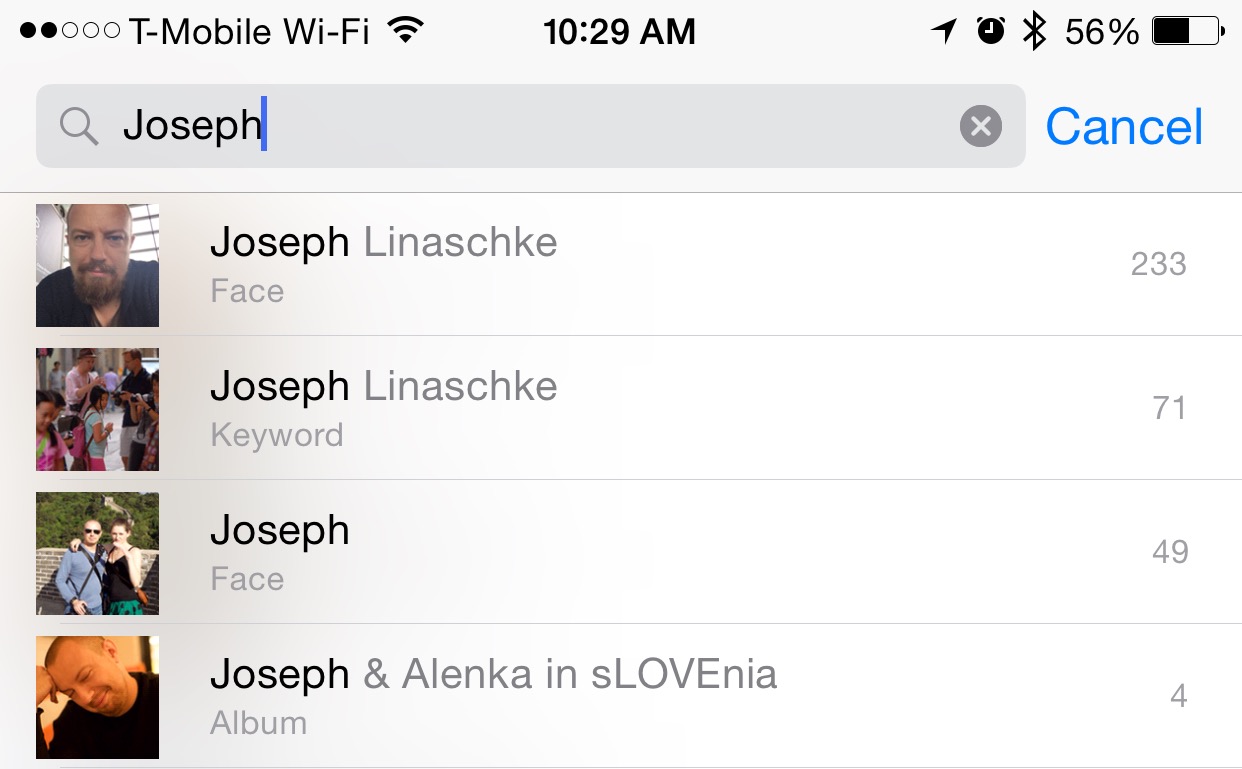 Faces… they’re there if you look for them

As you can see above, by typing in “Joseph”, it's found my face listed as “Joseph Linaschke” in position #1. Awesome! Just tap on that, and there's all the same Faces you see in Photos for OS X (or at least in my case, it will be if this ever finishes syncing, with nearly a TB to go still.)

Looking in my different Photos apps (one on my laptop, and one on the iMac which is my massive transitioned-from-Aperture library), it appears I had at some point set up a Face for myself in Aperture, calling it only “Joseph”. That makes sense; I'd played with Faces a few times, but always ended up turning it off. However that data wasn't deleted, and the faces data from Aperture did carry over. So it's just a case of renaming that Face on the iMac, and (presumably, hopefully) those faces will (eventually) merge. I think I've got a long, long road ahead of me before they do, due to my I'm-clearly-insane migration of 100,000+ personal images to Photos, but we'll see how that goes eventually.

So Faces data is available on iOS… you just have to look for it.

Nice Find.. Would be great to be able to add/edit faces directly on the iPhone after taking a pic.. then have it sync back to Mac Library.

Reply from PhotoJoseph
on April 20, 2015 - 6:50pm
I’d imagine it’s more a case of processing power than feature gap. Analyzing faces probably requires a lot of juice. Maybe once synced to iCloud, then analyzed on the desktop and synced back, you could start labeling. Could be an approach.

This doesn’t appear to work if you sync Photos through iTunes. Perhaps it’s a feature of iCloud Photo Library?

I’ve noticed that when you export images from Photos it adds faces names as keywords in the meta data.

I’ve been successfully managing 20k photos in iPhoto and manually syncing to my iPhone and iPad.

I bit the bullet, went to Yosemite, Photos, and turned on iCloud Photo Sharing hoping to get all of my organization moving seamlessly through the cloud, synchronizing without iTunes manual synchronization.

I was thrilled to see that Faces were available via search.  But now that all my photos are synced, the Faces didn’t seem to sync correctly?  For my own face, I see one photo.  Other people have Faces, but the numbers don’t match what I see in Photos.

Another disappointment, Albums sync, but Smart Albums do not?  Big sigh.

While I am still going to give this a chance, I’m also synchronizing all my photos to Google Photos.  It’s not the organization I painstakingly made in iPhoto, but its smart organization seems to be better than the half synchronization that is making it over to my iPhone. 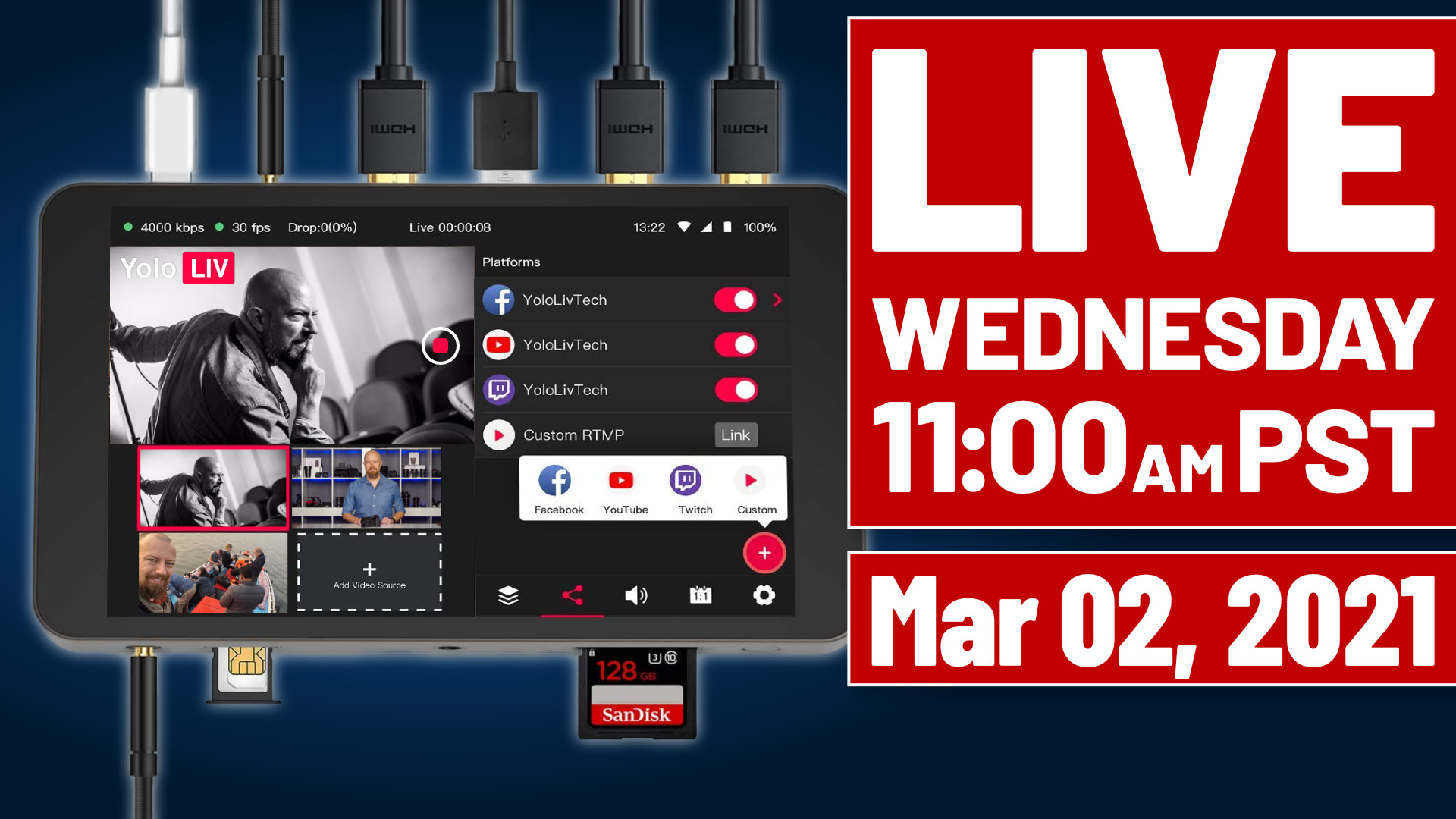