Today Adobe announced that the newest version of Lightroom Mobile for Android, 2.0, supports a “RAW Camera”. This means you can shoot with the built-in camera on your Android phone to DNG RAW — not that you can import RAW photos and process them.

At first glance, this isn't that big of a deal… after all how much better can that tiny little camera sensor and lens be, even if it's shooting RAW? But that's not what really matters here… what matters is that this is the first indication of a RAW workflow on a mobile device from Adobe. Hopefully this is just a harbinger of things to come, and we'll see full RAW processing support for other cameras soon.

This feature doesn't seem to be aviable on iOS, and I don't know that it will be. Apple may not have opened the API to allow developers what they'd need to create a RAW file from the camera; I think if they had, we'd see a dozen camera apps supporting it already. But again that's not what's really interesting here, anyway. If Mylio can figure out how to support RAW processing on iOS, certainly Adobe can do it, too. And that's a big deal.

UPDATE 2016-02-27 : Josh Haftel, Sr. Product Manager, Mobile Photography Solutions at Adobe said in an email to PhotoApps.Expert “DNG capture is part of the ability offered at an OS level by Android, which Lightroom for Android takes advantage of. iOS is architected differently”. So there you go… as predicted, this isn't a limitation set forth by Adobe, but by what developers can do in iOS. Is this something you wish Apple would offer? Do you see any benefit in shooting RAW on your smartphone?

Read the Adobe blog post about the release here, and also Adobe asked photographer Colby Brown to have a look at the new app pre-release, and he has a pretty nice write-up on it on his site, too. 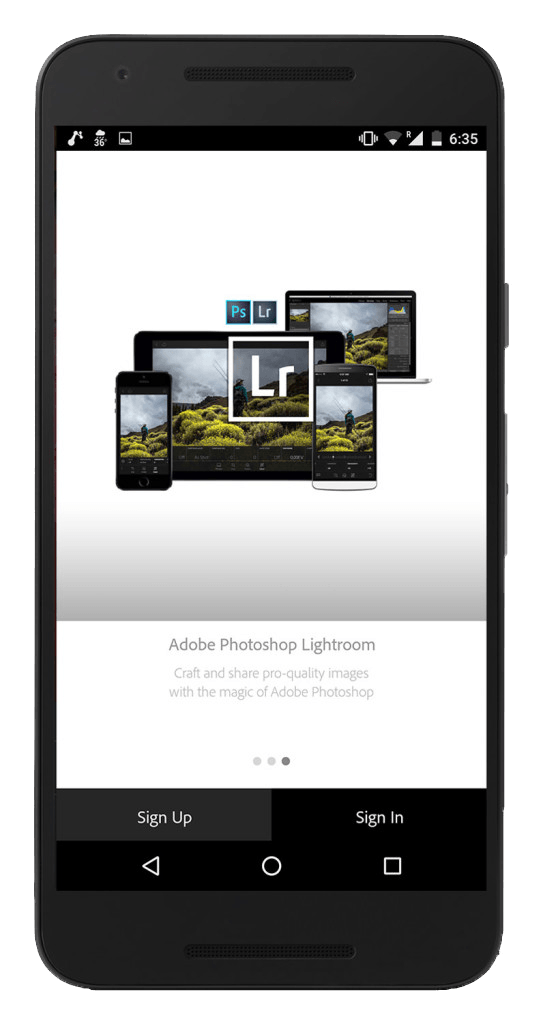 I shoot TIFF format uncompressed photos using the Shoot app by Procam.. If Apple would unlock RAW capability in iOS, it would allow all Photography apps to support the higher res output… Mac OSX already supports DNG files at an OS level and have been adding more compatibility fixes since Yosemite to this DNG support.. see  Session 514—“Advances in Core Image from WWDC 14.

iOS 10 should really cater to this.. Rumour states that OSX 10.12 and Photos app in iOS 10 will bring back features to have it essentially at the level of iPhoto on iOS before it was nixed by Apple. so maybe we can hope to see Apple being serious about the advanced users of their Photos app.