This article originally appeared on GiulioSciorio.com — Giulio is a friend and fellow LUMIX Luminary. Be sure to check out his site, as well as his “Creator's Path” podcast.

With Adobe's recent Lightroom update, when importing files from your iPad Pro's camera roll you'll see RAW over thumbnails of image files supported by Adobe's Camera RAW. If your camera is supported with the desktop version of Lightroom most likely it will be supported with the iOS version as well. As you can see in the image below my Lumix GX8 files imported without a hitch. 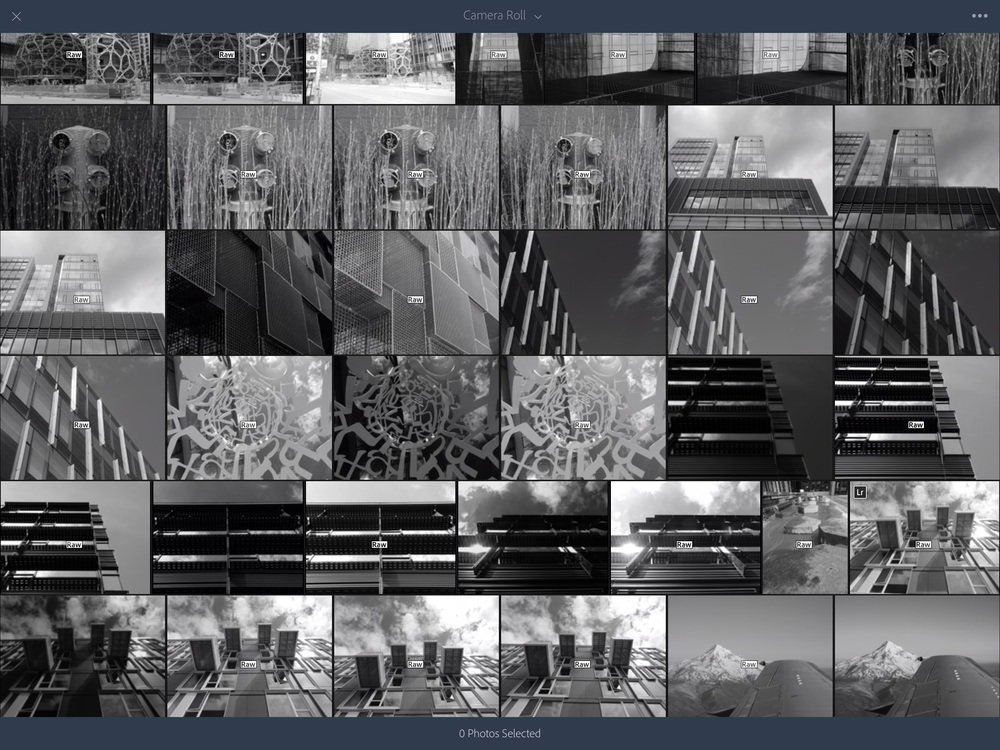 Although I captured my images as monochrome JPEG+RAW I didn't see an option to import both but if that's the trade off I'll take it! What's more is that RAW support works on my iPhone 6 Plus too making it into a true mini workstation on the go.

In what appears to be more evidence of Adobe's support for Apple's iPad Pro, Lightroom also supports both keyboard shortcuts and local adjustments as well. To top it off everything syncs back to your desktop Lighroom library making for killer workflow solutions. Now with a data connected iPad or iPhone one could capture in the field and sync back to the office where a tech could further adjust and distribute the images quickly. 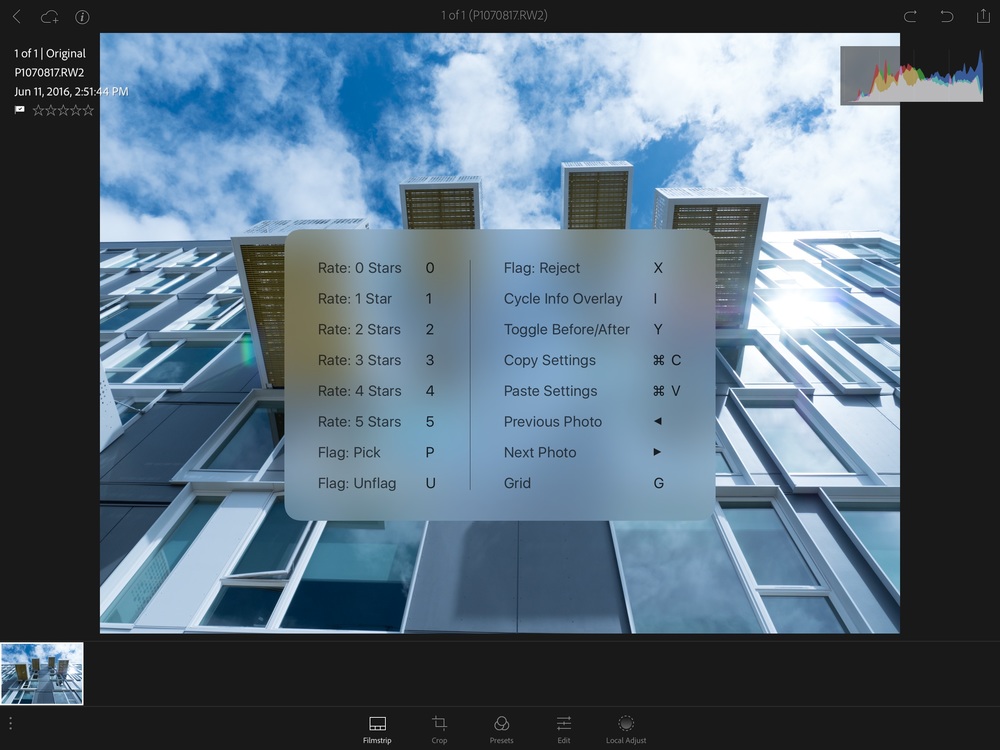 One caveat though, you must be a Creative Cloud subscriber to enjoy the benefits.

So the keyboard shortcuts and local adjustments only work in iPad Pro and not the iPhones? (I have the 6 plus).

Right, because there's no physical keyboard for the iPhone.

Yep. I realized what I was asking. Meant about the local adjustments. Checked it out and that is there for iPhone.

A welcome addition and I’m finding it works quite well. One thing I’ve learnt is that it’s a good idea to turn wifi off on your iPad before importing RAW files into LR mobile. Otherwise it tries to sync the files to the cloud before you can edit them, which can take some time. So my workflow at the moment is:

Hopefully one day they’ll add some sort of switch so that turning off of wifi outside the app is not the only way to do this.

(If someone has a better way of doing this, I’d love to hear it.)