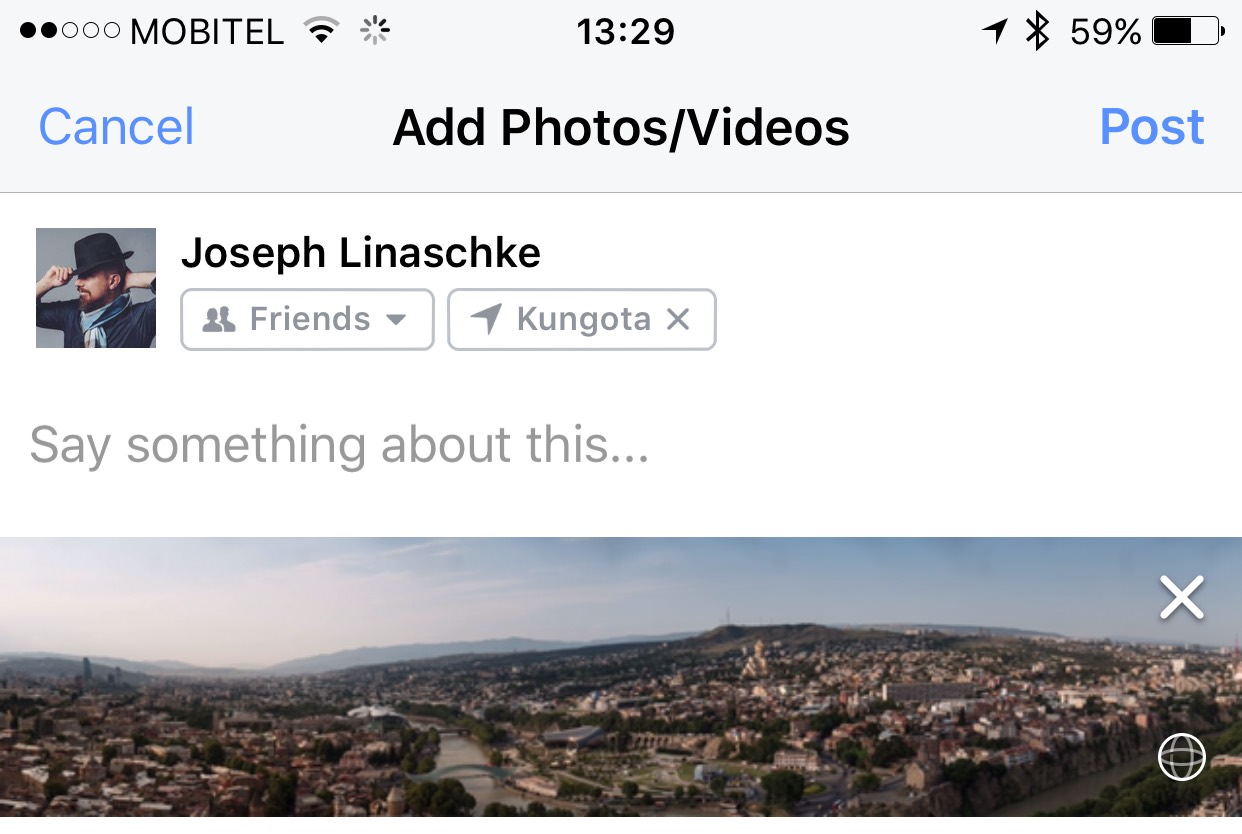 You've probably seen those cool panoramic images in Facebook where you can not only drag to explore the image, but even tilt and pan your phone to do it. Neat! I really wanted to add a panoramic photo I'd created in Lightroom to Facebook, but it didn't work. It turns out, there's a few things you have to do… and the path to figuring that out was a looooong one.

PhotoApps.Expert finally has a new logo, and also its own Facebook page… check it out!

There’s a video version of this tip! I know you guys love those, so I’ll try to do more of them. It’s at the very end of this post.

For better or for worse, I’ve been using Facebook to share photos more lately. However not necessarily publicly, but privately. Really it was a rash of holiday parties that got me looking for a good solution to publishing photos privately on Facebook directly from Aperture.

The challenge is, when you create a new Facebook album in Aperture, you don’t have the option to make it private. Facebook albums created in Aperture can’t be made private

So the solution is quite simple, if not a little tedious. Basically, you create the private album on facebook.com first, then add your photos to that album from Aperture. Of course there are a few steps along the way, and that’s what this post is all about.[more]