An intersting extension from Karsten Bruns.

This extension allows you to fire-up almost all external Photo-capable apps from within Photos.

Watch his screencast carefully to understand this extension. Saving back to Photos only in jpg (for the time being). Apps that don’t support saving in Jpeg, don’t save back to Photo’s, but can still be used as external editor.  Unmodified RAW files can be opened in external apps, but not saved back directly  (but you can use some of the other options from this app).

Needs perhaps a bit of work, but still a very worthwhile development.

Looks like MacPhun has submitted an update to AuroraHDR to include Photos extensions for those of you into HDR.

RT @wearemacphun: We plan to submit the new version of #AuroraHDR with Photos extensions support to the @AppStore today. The wait will soon be over:)

Looks like Affinity Photo was update on the Mac App Store as they have announced on Twitter. if you don't mind the destructive editing nature of Photos extensions, a full suite of editing is possible.

Thanks for the info! I think if users don’t expect too much, Photos is more than fine for a lot of things. I actually like Photos’ “light” tool for quick-fixes (but, from my RAW developer tests, I’m also planning on using Capture One Pro 9 for more serious work).

I don't expect Apple to to do much with Photos. I would be totally shocked if they add import/export library or brush-able adjustment. I do wish Apple would provide a way to import Photos editing sidecards into Aperture so I can work on the raw stuff on an iPad and then import the raw files and its editing sidecars into Aperture on a desktop.

I'm still using Aperture and i'm not worried at all. if it stops working some time in the future, i'll move it to Photos and start with a different dam.

Yes, I noticed that Photos’ white balance controls were an exact transplant of Aperture’s, for which I was happily surprised. As I said, Photos is great for a lot of things, especially quick-fixes on things like vacation photos. I’m with you–I’ll still continue to use Aperture as long as it works, which could actually be quite a while … who knows? (Though I am trying to make a switch to C1, but so far, I’m not nearly as comfortable with it yet).

Doesn’t the “Revert to Original” function make the processing non-destructive or do i misunderstand what non-destructive means? I assumed that to be able to revert to original means that the edits must be stored in a sidecar.

Thanks for your help with this!

“Revert to Original” does not mean non-destructive at all.

A full non-destructive process has 4 characteristics:

1)The original image file is read only.

2)Edits are stored in a sidecar that's either an embedded sql database or file that is outside of the source image file.

3)All edits are rendered from the original source image and not another raster like a tiff, jpg or any other bitmap source or copy.

4)Edits such as adjustments and filters are never baked in and users should be able to go back to change the setting of any of the filters or adjustments at any time after they have been applied them.

This what users here expect with dam/raw editors.

Another definition that's tossed around is a looser definition that applies to layer based raster editor such as Photoshop CC, Affinity Photo and Acorn 5 which are far superior to dam/raw editing for photo editing and can also do raster illustration, raster based graphics and limited vector illustration. This loose definition have characteristic #4 from above. That is the edits are not baked in and users may change the setting of any previous edits any time after the edits was applied. But are not fully non-destructive because the source PSD image file is getting change with these edits. The edits ARE NOT stored in a sidecar that is outside of the PSD and the source PSD is not read-only. Example of this loosely defined non-destructive editing:

1)Photoshop CC layer adjustment (also know by the same name in Affinity Photo and Acorn 5. Pixelmator does not have this!!).

Here's a strong, one sided opinion. Apple has treated musicians very well with quality apps like Logic Pro X, Music Memo, GarageBand and Logic Remote but has treated photographers in an opposite matter. Photos is sorely lacking for advanced users but at the same time, it's difficult to use for novice despite it's lack of functionality. Photos user has to do a lot of clicking to do anything. whether to view a map, face or do a simple edit. It's complicated to do the simplest thing and yet it is lacking in functionality at the same time which is really weird. Weird!!! Navigation in Photos is not good. It's not easy to find any thing.

I mostly concentrate on what i like. I understand Apple has drastically reduce the functionality and made it more difficult and confusing to use. I just concentrate on what i like about it. I mostly avoid using moment, collection, years and maps. The user has to do a lot clicks just to get to map and navigating through it all. why bother??? I mostly use “All Photo” (OS X) and “Camera Roll” (iOS).

I feel the native global adjustments are pretty good and in 95% of the time, that's all i need. i have a photo of  flowers using only native adjustments. ya ya, I already know I can make it marginally better with some local editing and for many of you, that's extremely important and I understand that. 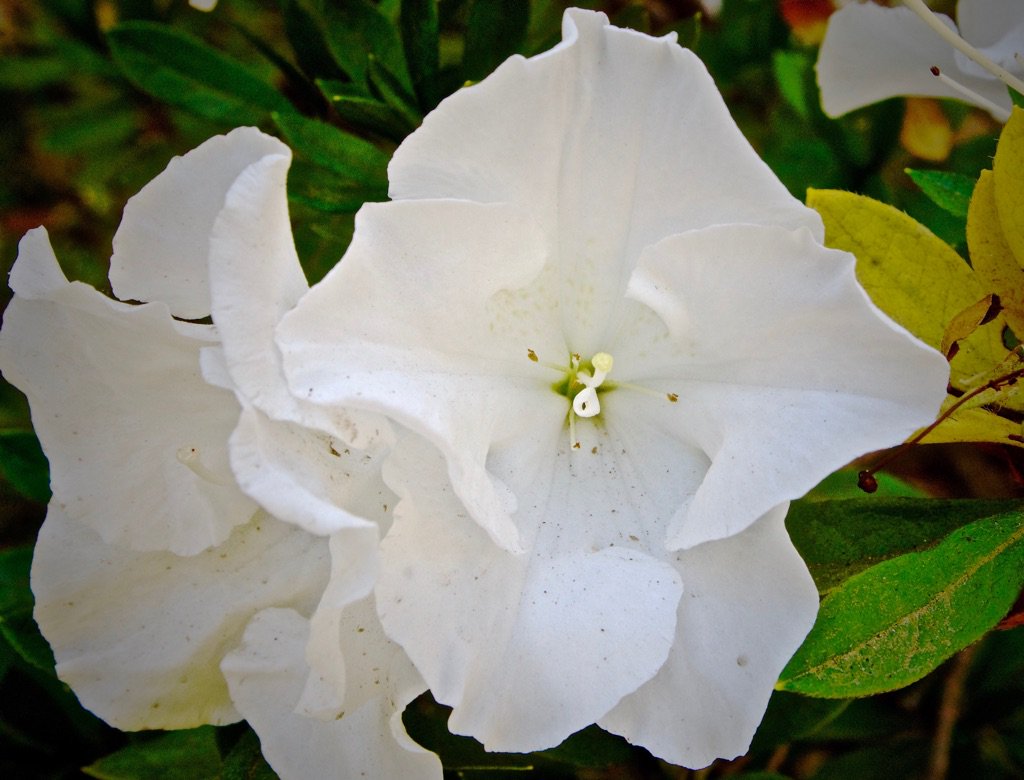 i guess the pic does not  show without the right referral. Here's the link to it.

Me too. (I do see your image). I’ve never used any of those features either. The only reason I’m switching to C1 is for its superior skin-tone rendering. However, I rarely shoot RAW files anyway, and for those times I do (e.g., client headshots), that’s when I’ll load-up C1.

How about trying Affinity Photo for your portraits? You can use frequency separation. Easier to do in Affinity Photo than in Photoshop CC. But if you need multiple level separation, then Gimp is the way to go.

Here's how the jpegs are saved with each photo extension edits.

Each edits are added to the resources/modelresources directory.

Does anyone notice any kind of image degradation with extension editing???

You edit this picture with just DxO’s OpticsPro? OMG, it is so incredible. It is very beautiful and seems easy to use. I’m using Photo Studio apk but I think I will try your app. It must be very interesting if I use both apps to edit to produce a wonderful photo. It will be a real art.

Photo is an affair of life