If you have Adobe Photoshop CC set in Aperture as your “External Photo Editor”, Aperture will continue to open the old version of the application unless you change the setting in Aperture Preferences. Go to Aperture > Preferences > Export to reach the following dialog box. 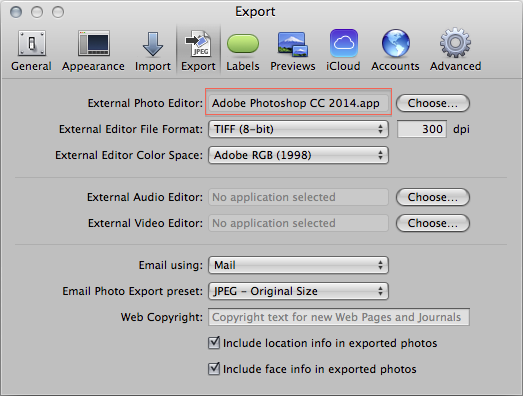 You will be prompted when opening Photoshop CC 2014 the first time to import presets from the old app, but your plugins are not automatically copied. In the screenshot below you can see the plugins are only in the old version of the app's plugin folder. You need to manually copy them (or re-install from the original installer, which would better). You might want to verify with the individual vendors if they are compatible first. 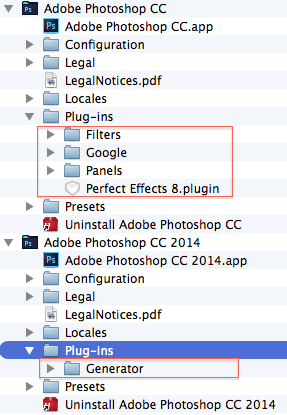 About the author, Thomas Emmerich:

I’m an amateur photographer because doing it for a living might take the fun out of it. I’d also probably starve.

I was an Aperture user for years but am now using Lightroom. But if Aperture came back I’d switch back instantly. I enjoy taking photos and videos of my kids sports, events and other performances. I’m an Electronics Engineer by day.

I participate in the PhotoApps.Expert and Apple forums to learn. If you can solve other people’s issues you not only help them but you help yourself.

Tks for the heads-up

Noticed the paint filter is missing and Adobe are not replacing it, apparently, something to do with the product being outsourced but I’m not sure about that?

In any case, I kept the old software for the odd occasion I may use it, find that if I open the “old” PS in application, everything still works