The Wonderful World of Local Backups (Part 1 of 2)

Last week, I made my latest investment in storage tools in the form of a QNAP network attached storage (NAS) device. As someone with experience using external hard drives, Drobo, Time Capsule, and now a QNAP, I thought it was high time to share stories of my adventures in the land of backups. 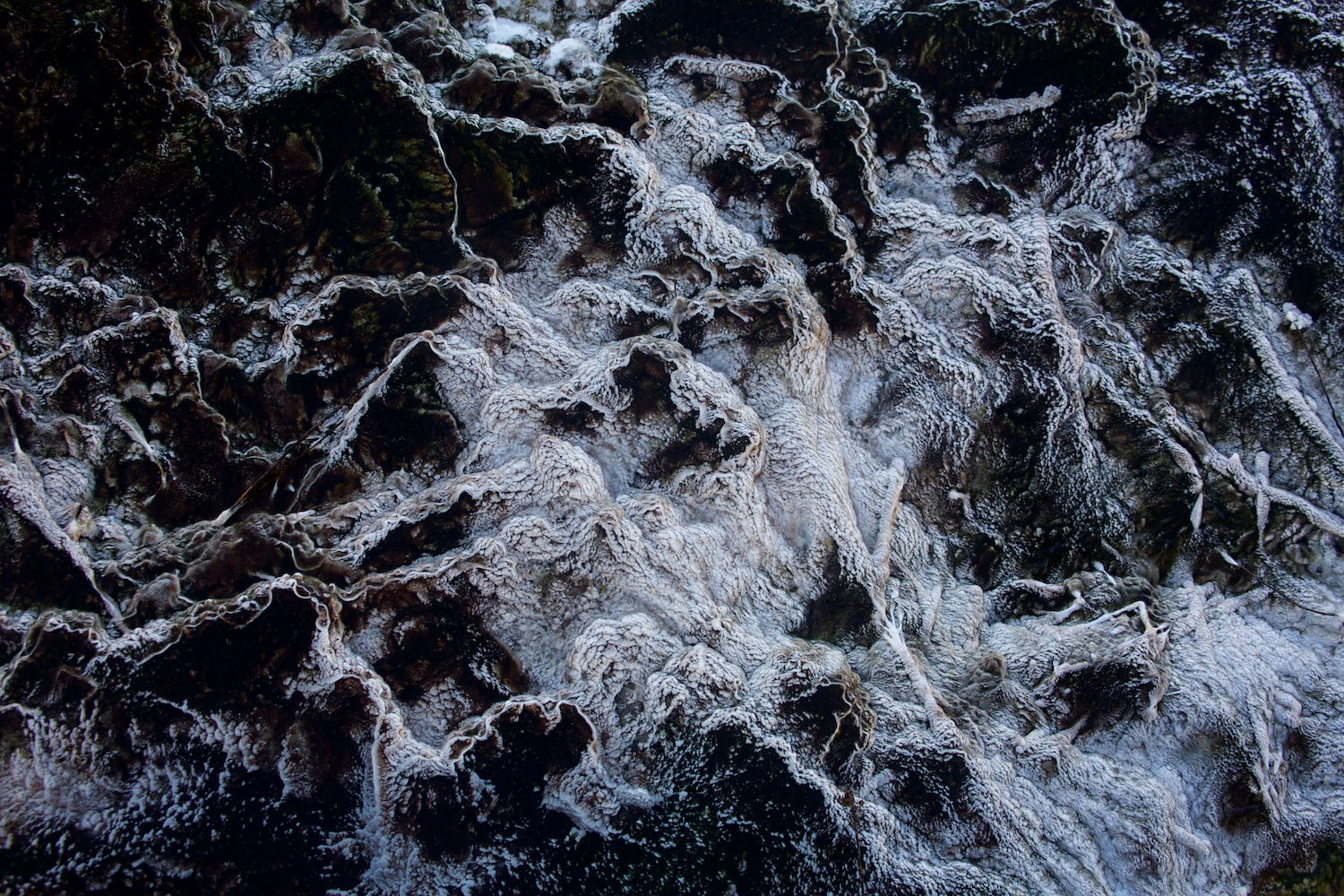 With many backup solutions available, numerous options can easily blur into a confusing cluster. In this series of posts, we’ll discuss each of several major options for maintaining a local backup.

This site has written fairly extensively on the topic of backup, including a comprehensive overview to backing up your photo library as well as a discussion on cloud backup services. In this post, I’d like to delve more deeply into the question of local backups; that is, backups of your photo library that exist in your home or office.

Before I go further, I’ll emphasize that, no matter my local backup solution, I always maintain an off-site, [preferably] cloud-based backup. There’s a saying that if your data doesn’t exist in three places, it doesn’t exist at all. In other words, if you have two backups in the same house, then you may be protected against a hard drive failure, but would likely lose your backups, along with your original, in a major theft or fire. I personally keep a backup at home, one at the office, and another online using Backblaze.

The smallest, least expensive, and most common device for backups are external hard drives. Often, these are fairly portable and therefore a great starting point for users new to the world of backups. The vast majority of these drives are hard disk drives (HDDs) — spinning hard drives rather than the solid state drives (SSDs) that have become more common since their adoption in Macbook Airs several years ago. SSDs are available as external drives, but are prohibitively expensive in larger capacities.

The biggest downside to external drives is the fact that many are HDDs. Due to their nature, HDDs have many moving parts that are susceptible to failure. That said, most manufacturers rate their drives based on the quality of parts used and wear-and-tear they are designed to withstand, with more robust models designed for enterprise environments that entail constant use.

Once you have your drive, backup solutions like Time Machine have made it insanely easy to setup a backup on an external drive. Usually, you can plug in a drive and are immediately asked if you'd like to use the drive for backups. Two clicks, then you’re good to go.

For those of you who want a quick, easy, and inexpensive solution, this is a great option. That’s especially true if you don’t mind having to juggle an external drive, its finite storage and single point of failure, which in my mind are the biggest downsides of this solution. If you want something a little more robust or with more flexibility, then read on.

My second backup solution was to purchase a Drobo in order to provide greater, more flexible storage. Although Drobos are sold in various models, the premise is essentially the same: each device can hold a variety of HDDs (the smallest holds four) and those drives are mirrored across each other to provide redundancy. If a single drive in the array fails, then the other drives contain backups so nothing is lost. Simply replace the broken drive and your Drobo will crunch away and reapportion your data to get back to a “healthy” status.

If this sounds familiar to any fellow geeks, Drobos are very similar to RAID 5 arrays, which, without going into too much technical jargon, operate on the same principle. Drobos are slightly different in that they allow you to use any variety of drive sizes, whereas RAID arrays require all the same drive size. Some RAID levels also don’t support expandability, so you have to set the number of drives you’re using at first, whereas Drobos can always be expanded (assuming you have the spare drive bays, of course).

The downsides with Drobo or any RAID array, of course, are cost and the additional storage required to maintain this redundant data. You have to buy three or four disks to make the process worth while, not to mention the cost of the Drobo itself. You also lose a storage fraction equivalent to however many drives you’re using. So, if you’re using 2 drives, roughly 1/2 is dedicated to backup space, 3 drives is 1/3rd, 4 is 1/4th, and so on.

Drobo has some additional unique downsides due to the proprietary nature of their storage system. Namely, if your device or data has issues, you are beholden to Drobo to get your data back.

In my initial judgment, this downside was worth the advantage of flexibility and the relatively “set it and forget it” nature of a Drobo. Then why did I move on from a Drobo? Sadly, I had not one but two different Drobos begin to malfunction. I never lost any data – to Drobo’s credit – but after about 18 months began to encounter issues that could best be described as “weird”. Things like the device taking about a half hour to mount each time it was plugged in, then the drives refusing to dismount (which necessitated either shutting down my computer or yanking the cord and getting the angry “you didn’t properly dismount this drive” message).

Although none of these issues were particularly terrible, it quickly became a deal breaker for the device entrusted with my precious data: every photograph I’ve ever taken, backups of all my work documents and home movies, etc. Whether I had bad luck or a typical experience, I cannot say, but while I can’t endorse a Drobo it also wasn’t so horrid an experience that I’d warn everyone I know away from them.

[Editor's note: Drobo's failures have been well documented across the interwebs, and it seems high profile photographers have a particular dislike of them. I gave up on them years ago after repeated failures and replaced devices. IMHO, it's too fancy for its own good. —Joseph]

In my next post, I'll discuss some additional experience with the Apple Time Capsule and, of course, give more in-depth information on use of the QNAP NAS as a local storage solution.

I had my external backup HD fail this year – but then again it was getting far too old. I do also back up on line so found the failure not all that inconveniencing. I don’t really like TimeMachine – kind of addicted to Synk Pro because it is so controllable and at the same time intuitive. As for the on-line backup, it’s amazing to be able to access individual images and files from anywhere even on a phone or iPad…… PS- just found out EverWeb is ok on El Capitan so I’ll load it soon and try out the new Photos updates.

Matthew, Thanks for this first installment.  Waiting for Part 2.

whew… that just saved me a few $$$ on Drobo… looking forward to the next post as well.

Drobo’s are not a secure backup solution. They’re proprietary and not particularly reliable. It’s been endlessly documented for years yet people still buy them.

Cloud storage? Ask yourself about an event that would take down both your primaries and backups. Then ask yourself if you’ll have internet, have available drives, have hardware to plug them into. I use 2.5” drives and a safe deposit box. Even if I have to rent/borrow a Mac, I’m up and running in no time flat. A lot cheaper and secure as well.

But you can access cloud backups at any time, anywhere. If an event took out my house/studio, my city, or even my entire state — assuming I survived myself — a few clicks on amazon will replace the hardware. Then I just have to plug in and start downloading. Or, most (all?) services will ship you a drive with your content on it (for a fee, of course).

I would actually dispute the “cheaper” part, too. Backblaze is $50/year for unlimited data. I can buy a 5TB drive for under $150, but after three years, you'd probably want to replace that drive. Who knows how long it'll last, after all? Your offsite is relying on a single drive; the cloud offsite is on a massively redundant array, monitored by professionals who's sole purpose in life is to ensure your data is safe. Not to mention the time spent going back and forth to your deposit box, plus how far away is that box (will a natural disaster that levels your house leave your safe deposit box untouched?), plus how often are you actually doing it… daily? Weekly? Monthly? How much is your lost data worth to you if you do this once a month, and on day 29 you lose everything at home… is the last 29 days of data loss acceptable?

The simplicity and low cost of cloud backup makes it an ideal solution for anyone with the bandwidth to use it. And as I've pointed out many times before, even if it takes 6 months or a year to complete your first full backup, it's better then than never.

Everyone who cares about their data needs two backups. One onsite, and one offsite — and preferably as far away from the onsite as possible. Your neighbor's house doesn't count as offsite if a block fire takes out your neighborhood.

I understand your point but I’ve had experience with pro photographers who lost their studio and neighbors who have lost their homes. Cloud storage would not have done anything for them in a timely manner. Having offsite drives did. I would ask you, with your studio gone, where do you expect to get high speed download speeds over a protracted period of time? Even if you have an offsite location, I suspect it would take you more time to just get there than me retrieving my drives. Let alone downloading that data to other drives you may or may not have.

I’ll let other deal with cloud storage. I like my drives and I like the lunches my wife and I have on the way to collecting or dropping off those drives.