Polarr is a comprehensive image editing app that works stand-alone or as an extension to OS X Photos. It's normally $19.99, but is a whopping 95% off for just a couple more days in honor of Earth Day. At 99¢, it's worth grabbing it “just because”! 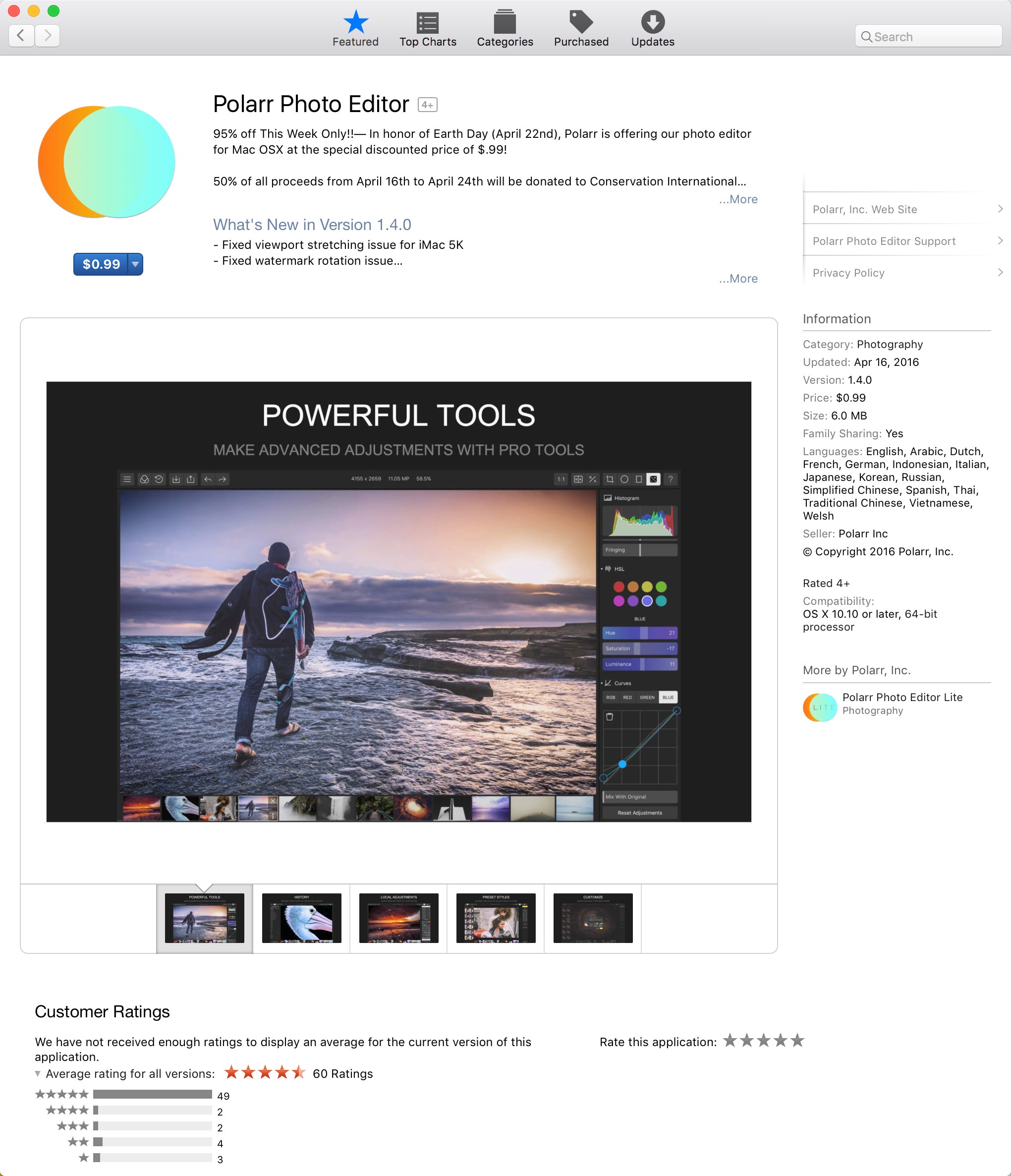 I've never heard of Polarr before today, but quickly downloaded it and had a brief play. It definitely has a ton of features; far more editing tools than Photos has built-in.

It supports RAW by using Apple's OS X RAW engine, and what's really great is that you can send a RAW file straight to it from Photos natively. Just open a RAW file in Photos to start to edit it… be sure you don't do any editing in Photos… and when you send the image to Polarr, the RAW file will come through! 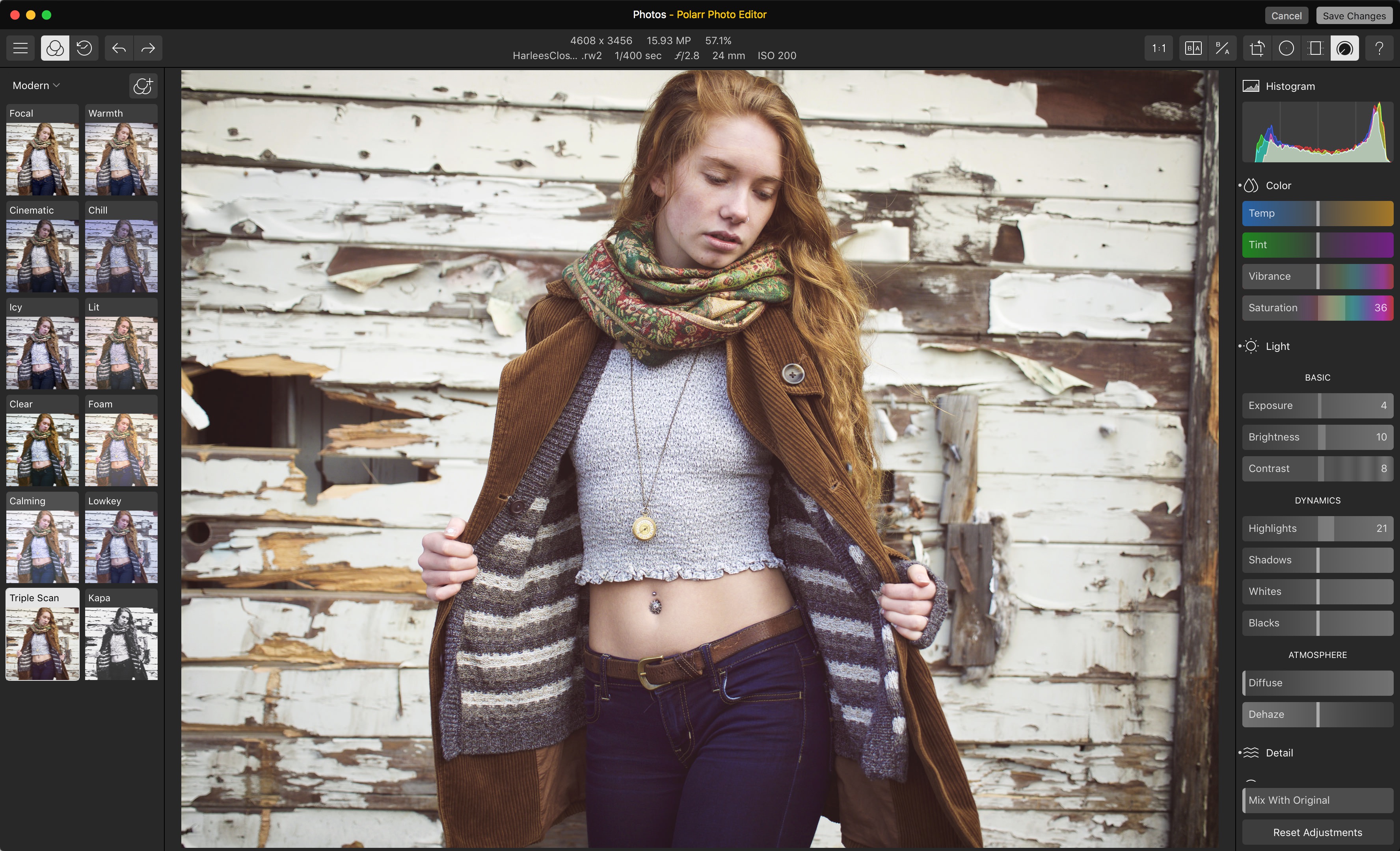 This is a RAW file opened in Polarr from Photos for OS X… note the .RW2 extension at the top of the window

I did notice some UI oddity when working in full screen mode… the image I had imported was distorted, but not when viewing in A/B mode. As soon as I got out of full screen however, it restored to normal. 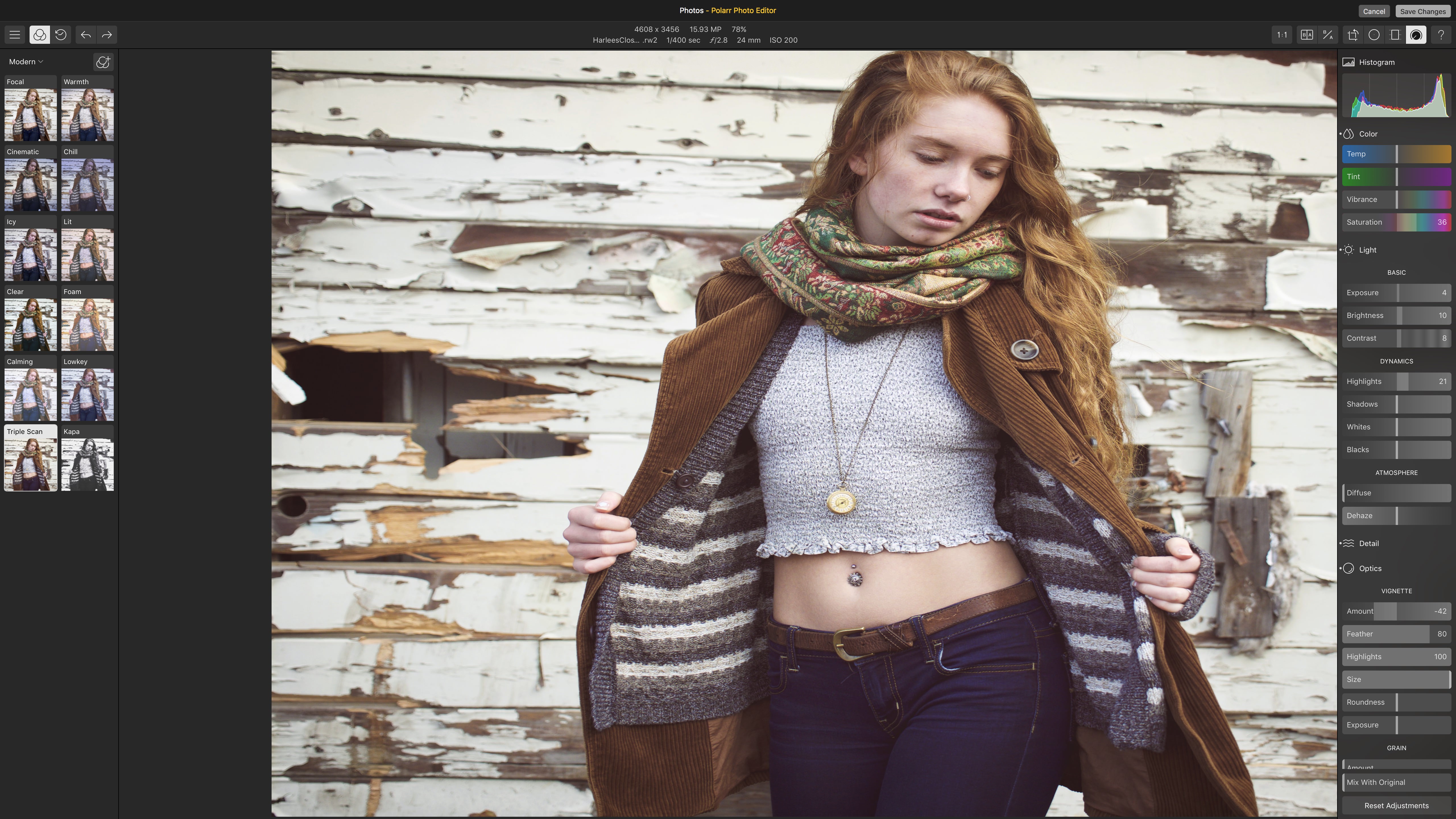 A little UI oddity when Polarr was in full screen mode, but once out of full screen, everything returned to normal

Given the price, you can't go wrong. This sale only is for this week, so I'd definitely recommend grabbing it now. Even if you end up never using it… it's only 99¢. Plus half of their revenue this week is going to the Conservation International Foundation. Nice one.

I had a quick look at this on video as well… it's an impressive app. I have to say I'm quite blown away at the feature set of this little editor!

Joseph, i discovered that Polarr has an iOS app with largely the same feature set for free!!!! You can get the in-app purchase to get the rest of the features. I still like use Handy Photos for things like Gradiant mask because it also do “target adjustment” (using Lightroom lingo) at the same time and has “content-aware fill” (using PS lingo, “inpaint” in Affinity Photo lingo).

Thanks for the tip. Fantastic !

Thanks for this find! just purchased the app on my Mac..  Loving the features it packs in.. many apps over the 20$ asking price can’t provide what this one provides..

Here are a few improvements I would like the developers to make though:

2- Watermarking window preview is really small, sometimes when setting opacity, it is hard to actually gauge if I have set the proper opacity.

3- straighten tool with horizontal or vertical line I can put in to allow slight horizon straightening.

4- does not seem to have watermarking option when used as a Photos app extension.. maybe changing its position (instead of being in the export dialog box putting it in the edit tools) would allow it to be used in the extension.

other than that, what I have used of the app seems to work great! worth the asking price of 20$ and really a bargain at current sale price.

Polarr have released version 2.0 of their great app on the Mac App Store!

It fixes most of my gripes with the first version.

TIFF export support has been added!!

Watermarking UI has also been overhauled.

Really starting to become one of my favourite editing apps on my Mac!

Now if only Apple would listen to their users and enable TIFF output from the extensions in Photos app!!!