For anyone out there still using Aperture, we have a report from reader Jordi Ferrando that Aperture is working just fine for him under macOS High Sierra. 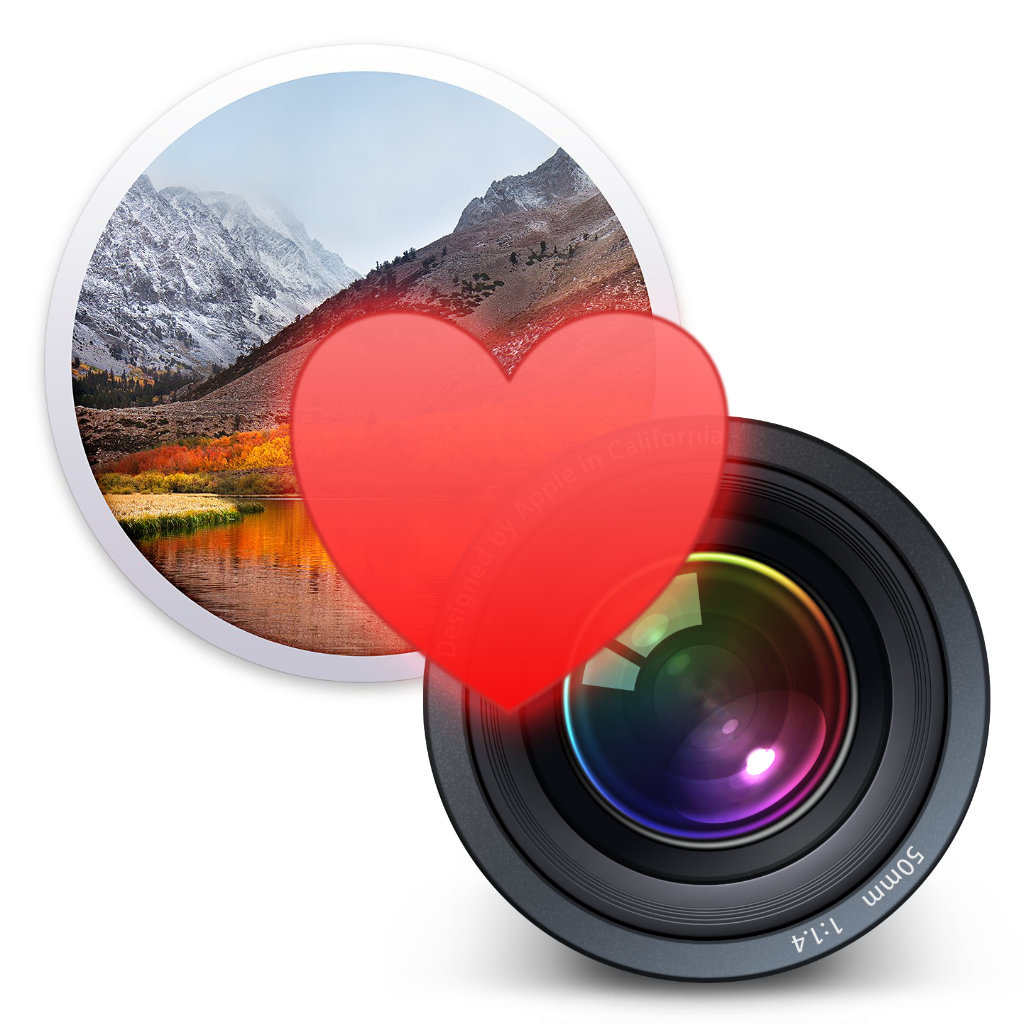 So far I’ve not encountered any problems. I work with Aperture libraries as usual, and external editors (Photoshop CS6) and plugins too (Nik software). All seems to work fine!

He did go on to report a problem he'd heard of, but says that it hasn't affected him.

I heard that somebody has had some problem with full screen view, but not in my case.

This is great news! I personally have not yet upgraded to macOS High Sierra (although I really need to), so unfortunately I don't have firsthand experience to report.

Have you upgraded? Let us know in the comments if you have, and your experience with Aperture — good or bad!

While not yet running High Sierra (other non photo apps I use don’t yet play well with High Sierra) but I have been successfully running Aperture 3.6 + the full Nik Suite on Sierra 10.12.6 on a new maxed out 27” i7 iMac for 2 months. The only misbehavior I have experienced so far is that zoom function (using the Z key) doesn’t always give a full 100% zoom. The Nik suite runs fine, is noticeably faster and does not exhibit any periodic hangs on startup that I had experienced under Yosemite.

As a test I have installed High Sierra on an external disk together with Aperture. It runs like a charm. Or better: two former issues disappeared! The crazy bug of the upside down thumbnails in the list view of the browser, and the less important phenomenon of the half transparent bye-by-window-without-text at the top during quitting Aperture. So Aperture gets better and better. Who could have guessed that before?

I’m running High Sierra with Aperture 3.6 (I did so even with the beta versions of High Sierra) on my MacBook Pro en it even runs beter as when I run Aperture 3.6 on my MacPro with 10.11. Data is on a separate LaCie disk.

I’ve actually found Aperture to be running now better than ever with High Sierra. Used to have a lot of problems shutting down with Aperture running, but that problem seems gone. Import seems more stable than ever also

Anyone still using Aperture these days… You are the one playing the violin while the Titanic sinks… Is inevitable… Get out while you can.

I have been part of the Apple Beta Software program and installed Version 10.13.4 a couple of days ago. With Aperture I am unable to view a photo in the larger view. I get a blank screen. I was able to view in the previous beta version. I quiet the beta program and hope with the next version of High Sierra all views will work.

Would love to upgrade to High Sierra, but afraid that I’ll lose Aperature and my thousands of files.

Will I loose everything?  How can I avoid this?

Based on my reported experience (see first post above) and others that followed you should be OK upgrading to High Sierra. However, there are some caveats:

1. Make sure your iMac is compatible with High Sierra. It should be, but check with the Apple website first to be sure since some are not. https://www.google.com/search?client=safari&rls=en&q=high+sierra+mac+com…

I am now using both Aperture 3.6 and Capture One Pro 11. I have already tested and confirmed that my NIK Suite (DoX’s paid resurrection of Google’s abandoned free version) plays well with CO Pro 11 as do test files imported into CO Pro 11 from Aperture. I have not yet done a full import of all my Aperture libraries (30+K images) but will start doing it incrementally in the coming month. My intent is to be assured of full access to all images even with the next OS Mojave and beyond. At least that’s my plan.

Others please pipe in if I have anything wrong or missed anything!

However at the moment I’m resisting upgrading to Mojave as I did hear hints of issues, and even more rumours that there may be a problem with the version after that…

So I’m currently looking for an alternative for non-destructive editing. I don’t like Adobe or subscription pricing (at least, subscription pricing where the software might stop working after ending the subscription). I’ve been thinking of Capture One Pro, but it’s expensive, and I’m now wondering about Luminar, particularly with Libraries coming…

Apologies Chris, I missed this earlier. By now you may have started exploring Luminar, which has libraries but they're very basic. I would suggest watching my Live Training on Luminar (start with the free overview session, then work your way up) but if you're already in Aperture, I don't think you'll want to migrate quite yet. I would consider just using Apple Photos, if you don't mind losing star ratings. Personally I think that Adobe Lightroom CC is the best option right now, but yes it is at least $10/month. Considering though it means you photos are always backed up, it's a price I'm very willing to pay.

Thanks Joseph. I have bought Luminar 2018, but not yet taken the free upgrade to Luminar 3 with Libraries… soon, after post Xmas settles down! But yes, it seems that it won’t meet my needs just yet. I definitely need star ratings, as I use these a LOT as part of my editing (selection) process. I’m not too sure about the image processing of Luminar yet, either. I really miss a histogram with black and white point setting; that’s a key part of my workflow, given scanners don’t always give a full range of tones (I’m a hybrid film shooter). I do have Photos, and use it as a staging post for iPhone photos, but again, no star ratings.

My idea was that this year would be the one where new work started in the “new system”. But unless I see a discount code for CO Pro, I don’t see that happening for a while.

I’ll have a look at your Luminar overview, thanks.

BTW your sig file prompted me to sign up for your mailing list… to discover that I’m already signed up. I don’t remember when I noticed the last email!

Chris„
Where did you read about the problems Aperture ha with Mojave? I am still using Aperture and am concerned with issues that may come up. I am considering Photos even though I have Luminar 3 with libraries.

TBH John, I don’t remember, and I rather suspect it was from a beta tester. I’m still havering on Mojave. I have a few apps that I need that are 32-bit, and Mojave might be the last chance saloon for them, so maybe that’ll push me to upgrade. Better read up on it, somewhere.

I haven’t been able to find a suitable replacement for Aperture’s DAM, so am still using the program with several plug-ins (Luminar, Photoshop, Aurora, etc.). The catalog is on an external hard drive that I switch between an iMac and 15-inch MacBook and I installed Mojave on my iMac and found that Aperture does not work well with it at all. My photos (almost 70,000 now) load fine but everything is extremely slow so I’m using it exclusively on my MacBook Pro with High Sierra and it still works fine. I would be interested in hearing how others using Aperture with Mojave are faring.

Hi, I think is time to let go and start migrating to Adobe Lightroom.

I use it for professional work but for personal, family/life, fun stuff I use Photos since its flawless in the Apple ecosystem.

sadly, I totally agree with you

Hopefully you can order it via http://www.servixshop.be/webshop/views/subcategory/72/Capture-One

OK, probably worth another comment here. I have moved to MacOS Mojave, and Aperture runs just fine. However, Apple have warned that Aperture will NOT run on the next version (Catalina, I believe). To that end, I have trialled ApertureExporter, which is slow (on a moderately large library) but seems to work. I have not yet paid for the full version, but plan to do that. It’s worth noting, that ApertureExporter REQUIRES Aperture in order to do its stuff, ergo it will not work on Catalina. By default it exports the originals, but you can ask it also to export final versions where adjustments have been made. It also has an interesting option to export (say) **** and above images as TIFFs and *** and below as JPEGs, which is interesting in terms of library size.

I have not managed to get on with Luminar with Libraries very well, and decided not to upgrade to Luminar 4. Not sure why, just one of those things. My suspicion is that Luminar appeals to those who want packaged, all-in-one “filters” (albeit adjustable), but as my workflow and mindset has all been based around the separable adjustments in Aperture, that didn’t work for me. I know that (somewhat more limited) separate adjustments are available with Luminar, but as I say it just didn’t work well.

I did take a trial version of Capture One Pro. I got the Fuji edition, since the only digital camera I have is a Fujifilm X10, and up to the end of last month there was a 50% discount on the Fuji (and Sony) edition. I confirmed with Phase One (and by testing) that JPEGs and TIFFs from any source can be used, and since all my “serious” work is based on film and scanned, that should work fine. For various reasons I didn’t do as much with the trial as I’d hoped, but enough to establish I felt much happier, so I have now bought a licence.

There’s a very interesting resource (https://www.nikoncafe.com/threads/migrating-aperture-libraries-to-captur…) that I’m using as my guide to migration. The first thing is to convert the images in my Aperture library from managed to referenced; this isn’t absolutely essential, but it’s probably not a great idea to have C1Pro poke around inside the Aperture library after Aperture is no longer functional! Then the video above shows a systematic way to transfer folders, albums etc to C1Pro, applying C1Pro’s version of the adjustments as it goes. A problem is that it won’t do retouches (IIRC)… and with scanned images taken from 1967 onwards, there’s quite a bit of dust spotting to deal with! That’s where the ApertureExporter adjusted images will come in, although I haven’t worked out the details on how to do this in volume yet.

One thing which spurred me into action… I didn’t want to move to Mojave, but was more or less forced to do so in order to overcome another problem. If my 2014 MBP has a failure next year, any replacement would be running Catalina, so no Aperture, and real problems migrating. I’ve decided I have t get this done, now.