I shoot with a Nikon D7000 which features dual SD card slots. In my configuration, one slot gets a 32GB card to capture the .NEF (RAW) files, and the other gets an Eye-Fi 16GB Pro X2 card which grabs the .JPG files. I recently came across a iOS app called ShutterSnitch by 2ndNature and with that installed on my iPad Mini, as soon as I shoot a photo, I’m able to show it to the client, model, friends or whoever I’m with on the iPad screen.

2ndNature now offers a Mac app called ShutterSnitch Backup which will automatically copy images from your iOS device running ShutterSnitch to your Mac on the same WiFi network. All the images in the ShutterSnitch app will get backed up to your Mac and if the worst happens and you don’t get the RAW images across for some reason, at least you have a backup waiting on the Mac.

ShutterSnitch for iOS is much better than the free Eye-Fi app that you would normally use on your iPad or iPad Mini to transfer photos from your Eye-Fi card, which does nothing more than transfer photos from the card to your iOS device. Plus it’s not terribly reliable, as it often loses the connection and may only download half of the images you took, which isn’t very professional! Also when capturing to the Eye-Fi app, all the images go straight to your Camera Roll and therefore to your Photo Stream. This is fine for some situations (i.e. out for the day with the family and casually shooting), but it’s not ideal when shooting professionally, where you may only really want a few selects showing up in your Photo Stream — if any at all.

Using ShutterSnitch, the images will download into a “collection” that you set up in the app. From there you can easily delete the images you don’t want, rate and sort the ones that you do, then share what you like to the Camera Roll. You also can share to email, DropBox, FTP, WebDAV, FaceBook, Flickr, ZenFolio and upload to SmugMug. I’m a little disappointed that it doesn’t support 500px, but I can forgive it since my 500px photos usually come from Aperture after a little tweaking. The developer does take requests in the forum though so maybe we’ll see the capability in the future.

All the features are listed below, but one of my favorites is the ability to set up Tasks, such as Move to, Export to, Change Filename and Copy to Collection, which are just a few of them. The developer has also added a Histogram (see image below) so you get an instant RGB readout of how good the image is. The developer has done wonders with this app, and the number of WiFi Cards and Camera Accessories that the app supports is commendable. There is also a forum on the site and they are on top of bugs, and any questions you might ask. 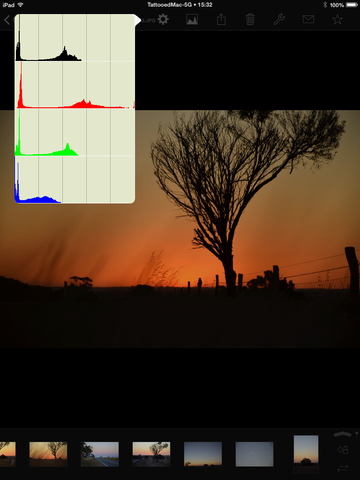 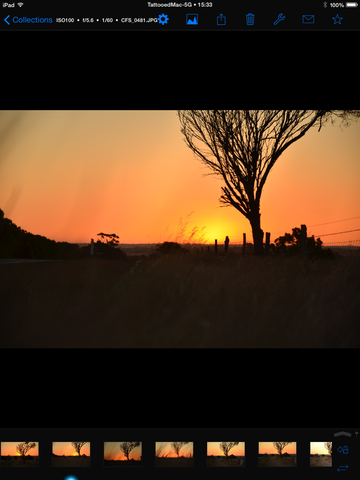 The menu bar shows many of the options you have

ShutterSnitch is available in the App Store for $18.99. For the amateur or professional alike with any wireless transfer device, this is a must have app for your iOS workflow.

Editor’s Note: The author of this post had informed me of this app some time ago, and I asked him to write it up for the new site. I used it myself on my Mercedes-Benz shoot last week, and it was great. On that shoot I only used the Olympus OMD camera with Eye-Fi card and ShutterSnitch on an iPad mini with Retina display. It was fantastic to be able to keep the hundreds of shots from the SD card separate from the iOS Camera Roll, sorting and rating through the many, looking for the few to edit. Once selected I saved to the Camera Roll, edited in other apps such as Snapseed and Mattebox, before uploading to the Mercedes-Benz Instagram account at instagram.com/MercedesBenz. Here’s a screenshot from the shoot. 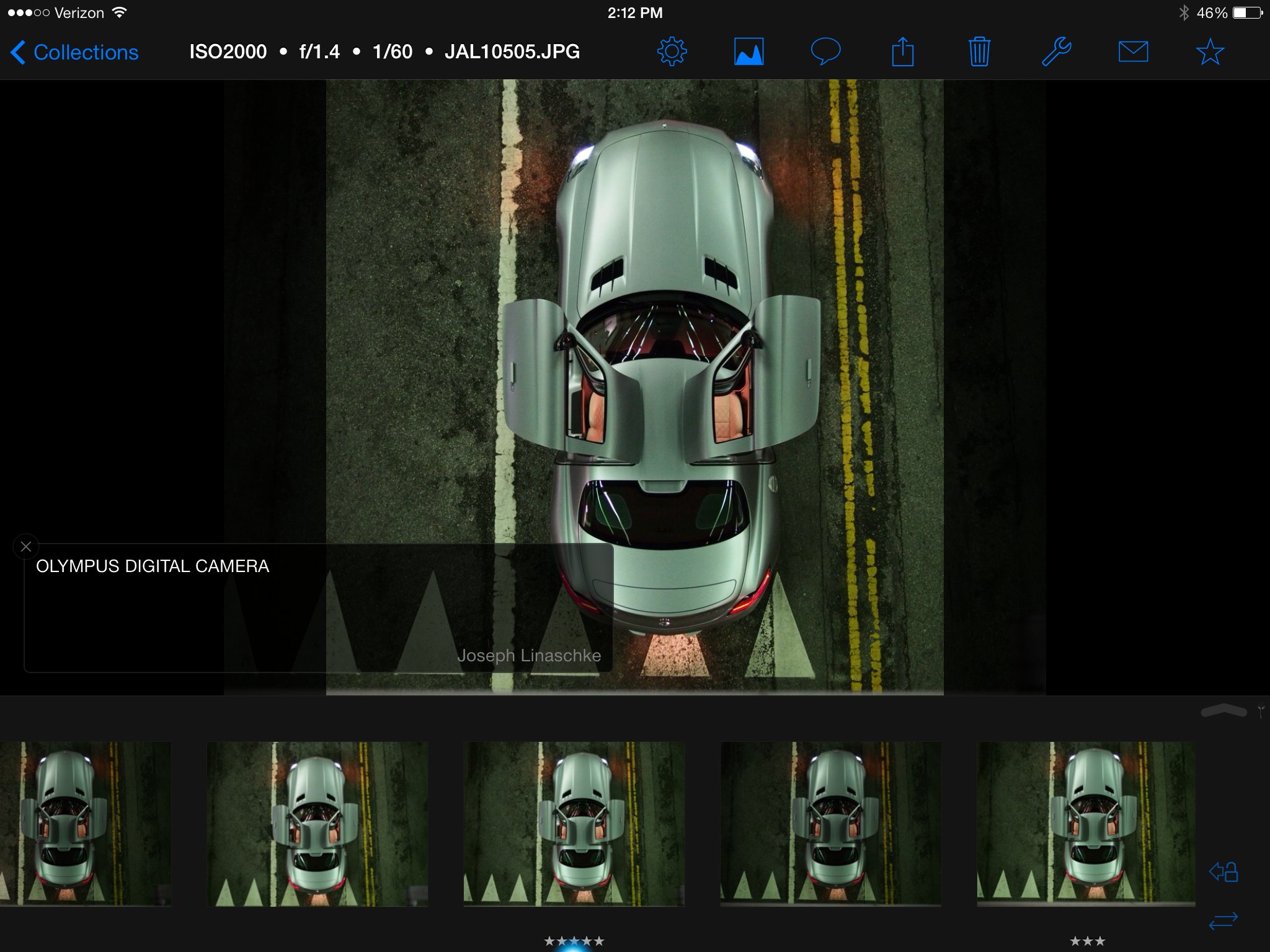 About the author, TattooedMac:

Thanks for publishing this Joseph, and very happy you like the App as much as i do. And as you pointed out, its great how it keeps them out of the Camera Roll and then iCloud too.

Its been my most used App since i received my iPad Mini Retina a week ½ ago :)

Hope others find it just as useful …  . . EDIT : And thanks for MatteBox Looks very nice !!