Create Folders in Photos on iOS

In Photos for OS X, you can create folders to organize your albums in. You can create folders inside of folders, too. This seems obvious, since of course when managing tons of photos, you're going to want some deep level of organization. And since Photos syncs to iOS, and those folders synced as well, I figured there had to be a way to make folders directly on iOS. And there is! Just tap and hold for a second on the + button that you'd normally quickly tap on to create an Album, and sure enough, a sheet slides up offering to make a New Album or a New Folder. 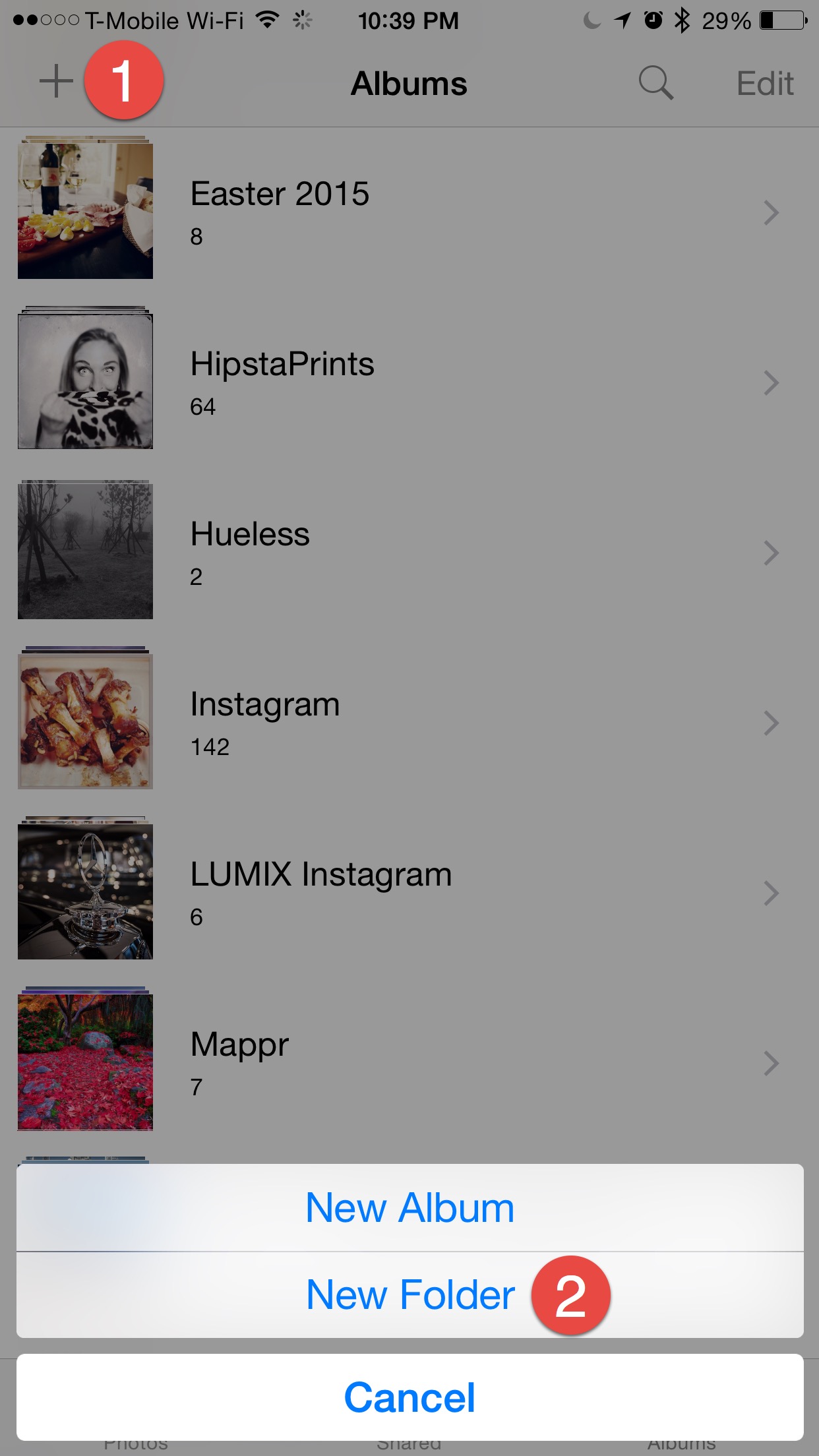 Once you've created a new folder, you can create new albums in it. What I haven't yet figured out is how to move existing albums into those folders. If anyone finds a way, please let me know in the comments.

Here's a folder with a bunch of albums in it…

This folder has nine albums inside it

And here's the content of the folder. I like that you can view all the images at once, or the individual albums. 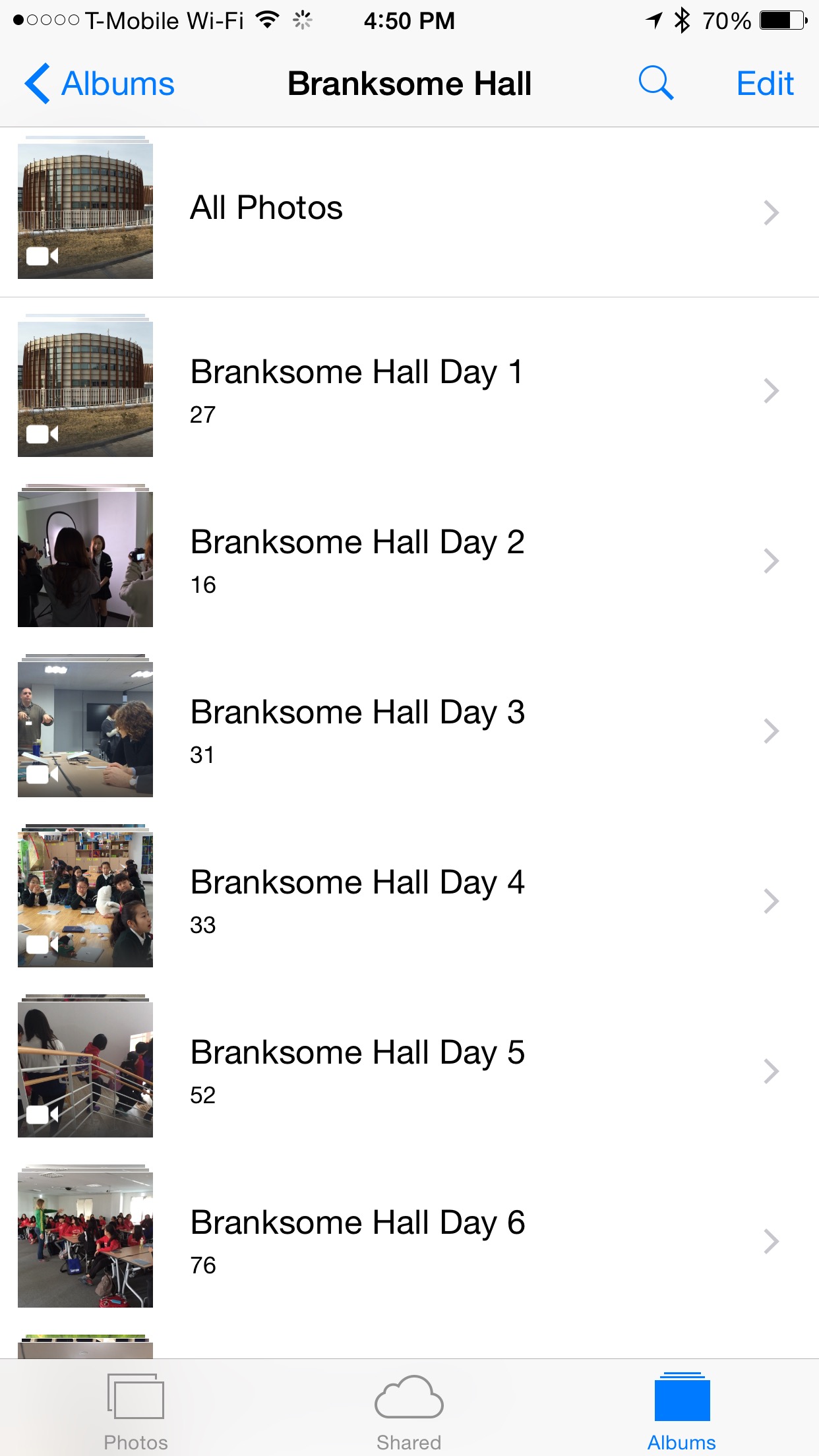 You can view all images at once, or the individual albums

Have you found any other hidden tricks in Photos in the iOS 8.3 update?

I think it’s amazing that you find functionality others haven’t found yet in just the few days you installed photos.

Especially the library merging was interesting for as I don’t plan to migrate my aperture library to photos. Now I can easily migrate bundles of pictures when  I’m ready.

Too bad Photos for MacOS X doesn’t also let you see all photos in a folder.

Makes you think what other hidden features are in IOS 8.. thanks for the find Joseph!

Joseph, if it requires digging to find a feature than I call the UI a fail on behalf of Apple. They used to be intuitive. Not anymore for the most. Thanks for the info.

Well said. I agree. Intuitive is not a word I would use to describe Photos. Sad because the target audience really needs that. And no way to move photos between albums? No rating system? Really, Apple?