As most of you know, I've been exploring Lightroom quite a bit. I've only recently started playing with presets, and there are some killer ones out there.

The collection I'm looking at here are called simply the “JamesB Lightroom Presets”, and are part of the 5DayDeal.

There are 105 presets in this bundle, and I wanted to show you a few of them.

This first sample is a single preset, Cloudy Boost, applied to a sunset scene of vineyards on the shadow side of a hill in Slovenia, which as you can see was shot quite flat. Not too shabby for a one-click preset! 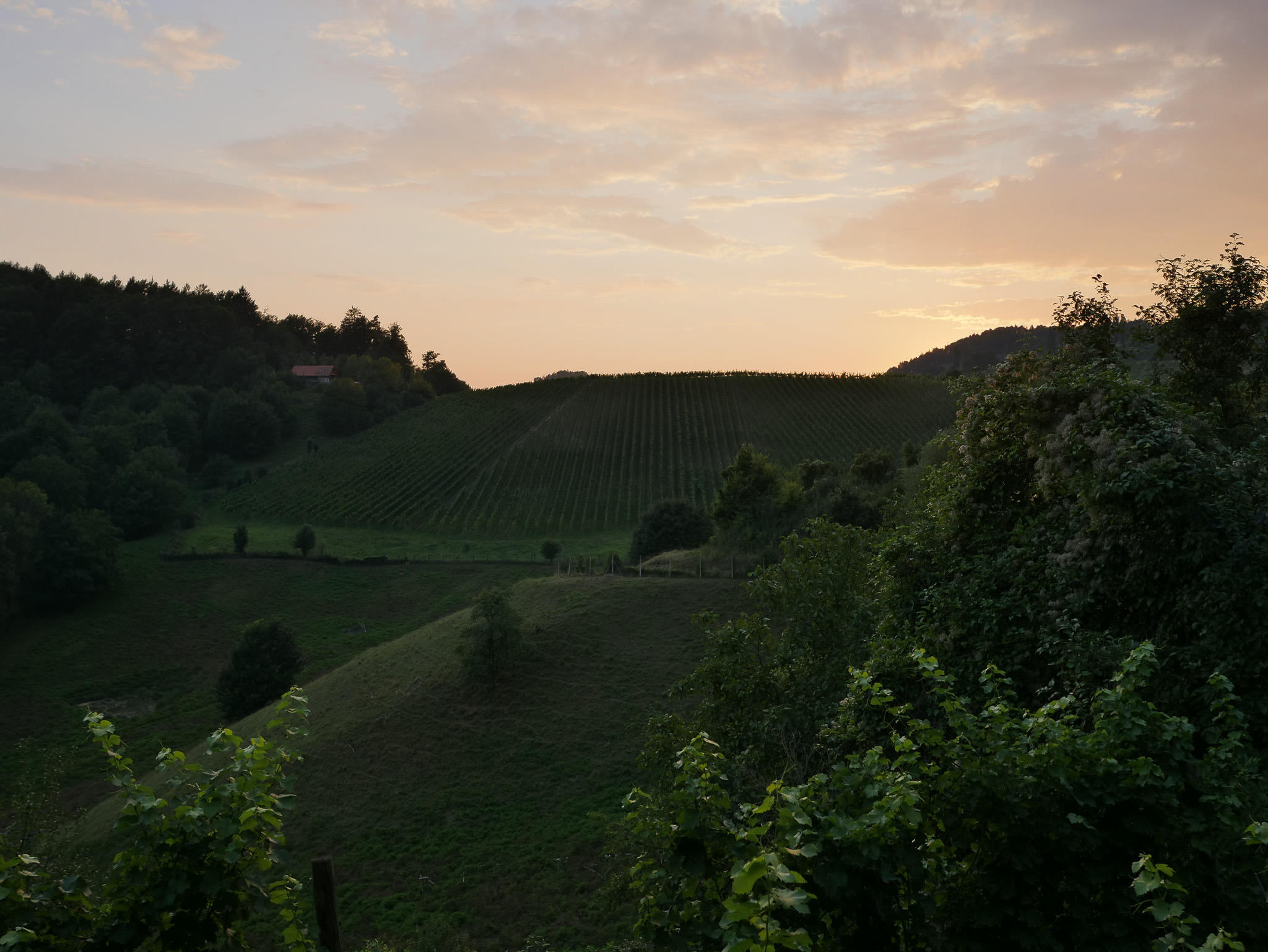 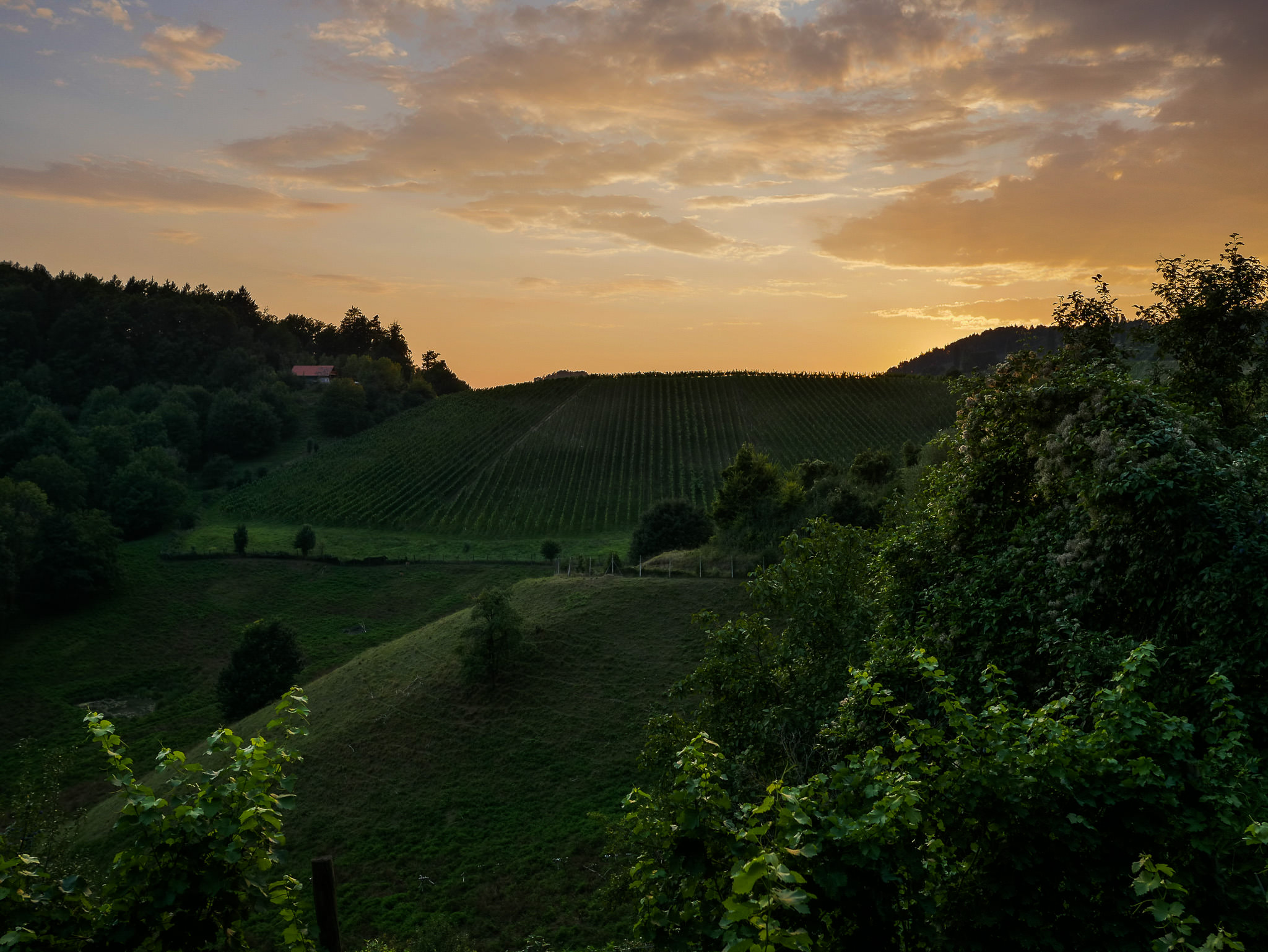 Next up, I was looking for a cool gritty way to treat a street photo of a market in South Korea. In Lightroom, presets are stackable. Just like in Aperture, if you apply one preset that has, say, a Saturation adjustment, then apply a second one that has, for example, Curves, they won't overwrite each other. In this example, the Haze Buster preset is a contrasty black and white, but I wanted a little more to it… so by applying Ominous Blue first, then Haze Buster, I got this cool effect. 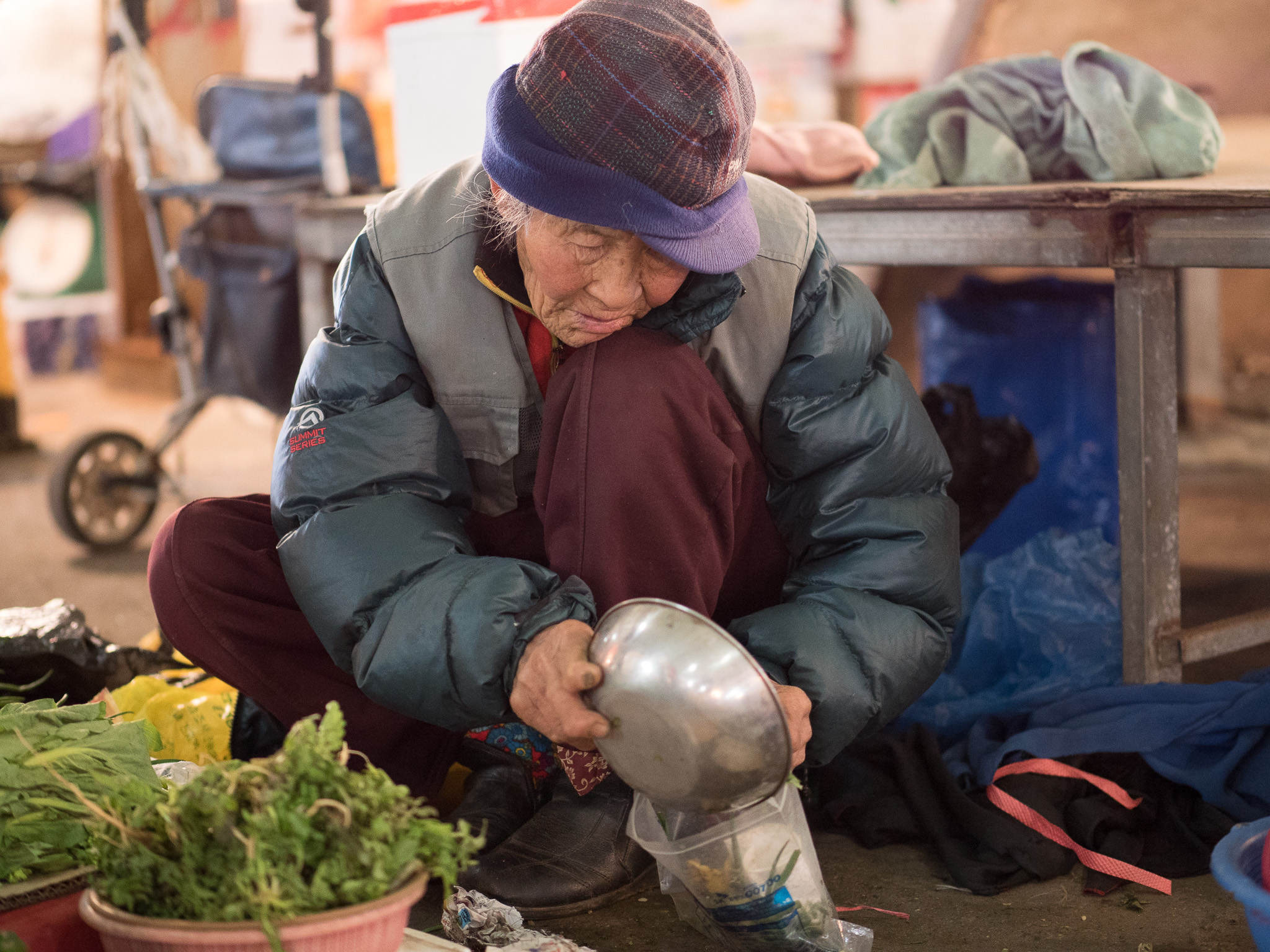 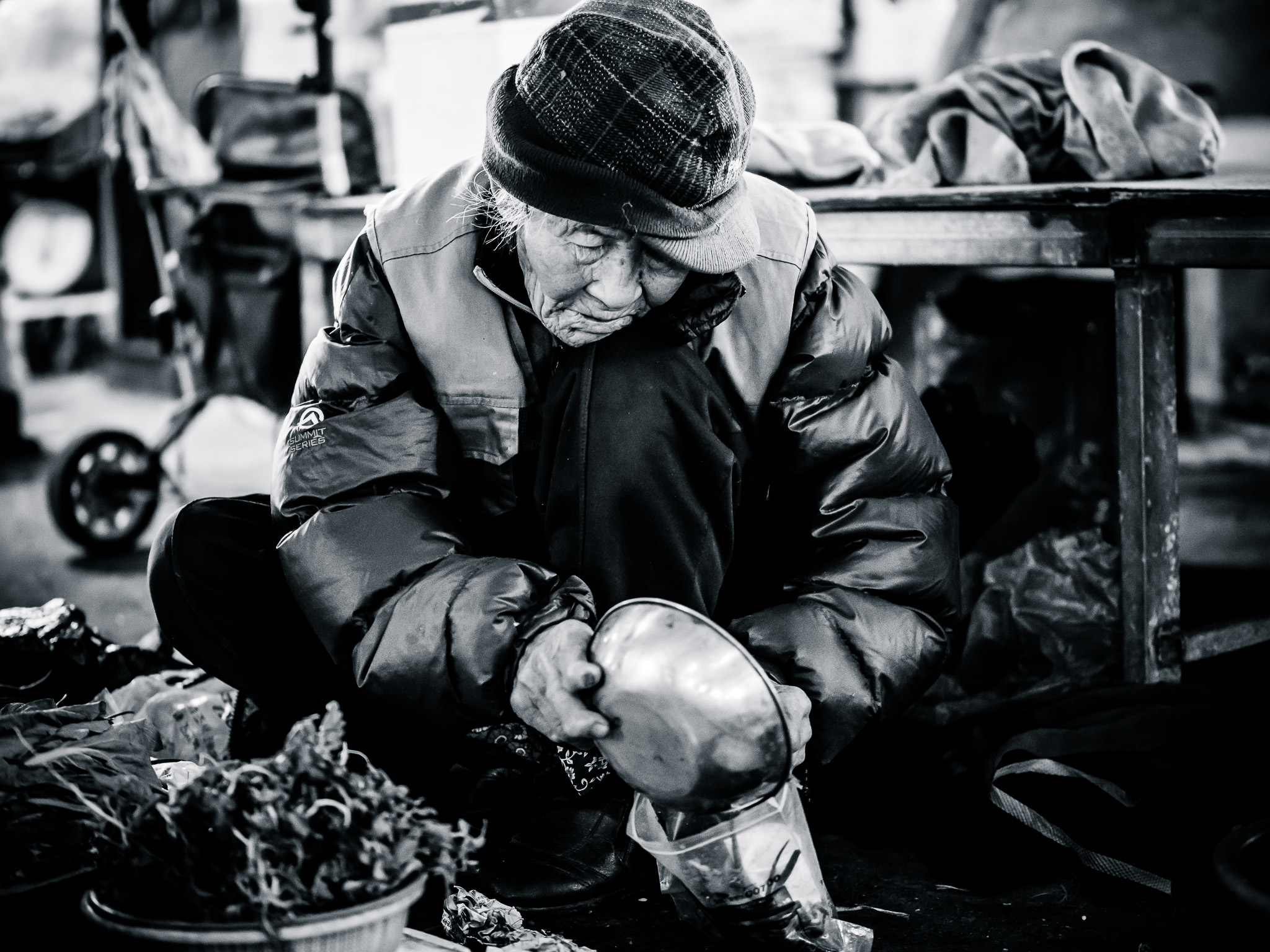 Finally, I brought things back home with a studio portrait. The presets include a collection of ten unique portrait presets, and I really liked one called Portrait Pop. It was a little bit too bright for this photo, so I ended up pulling the highlights back a touch, but that was the only adjustment made. (I cropped, retouched, and whitened the background prior to applying the preset) 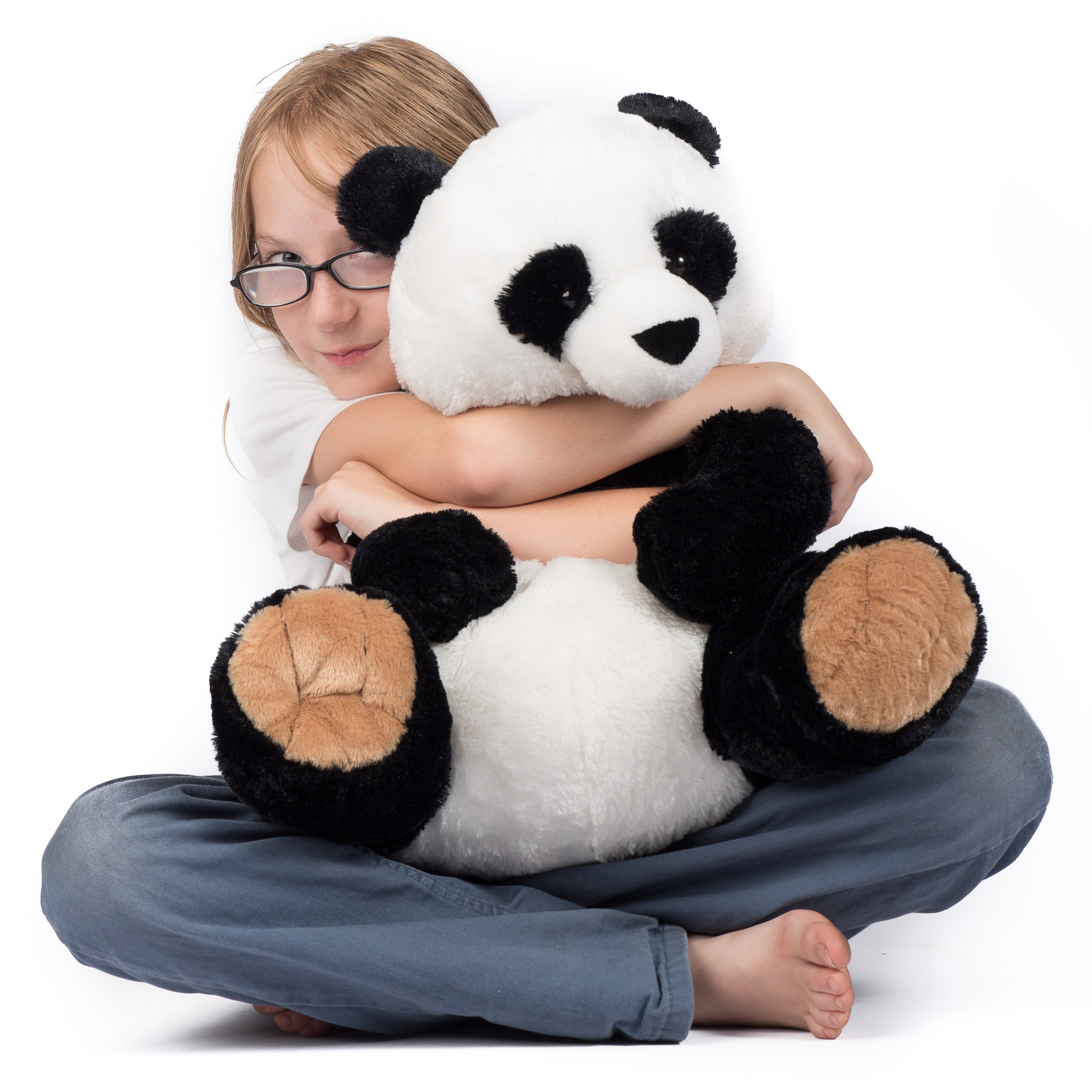 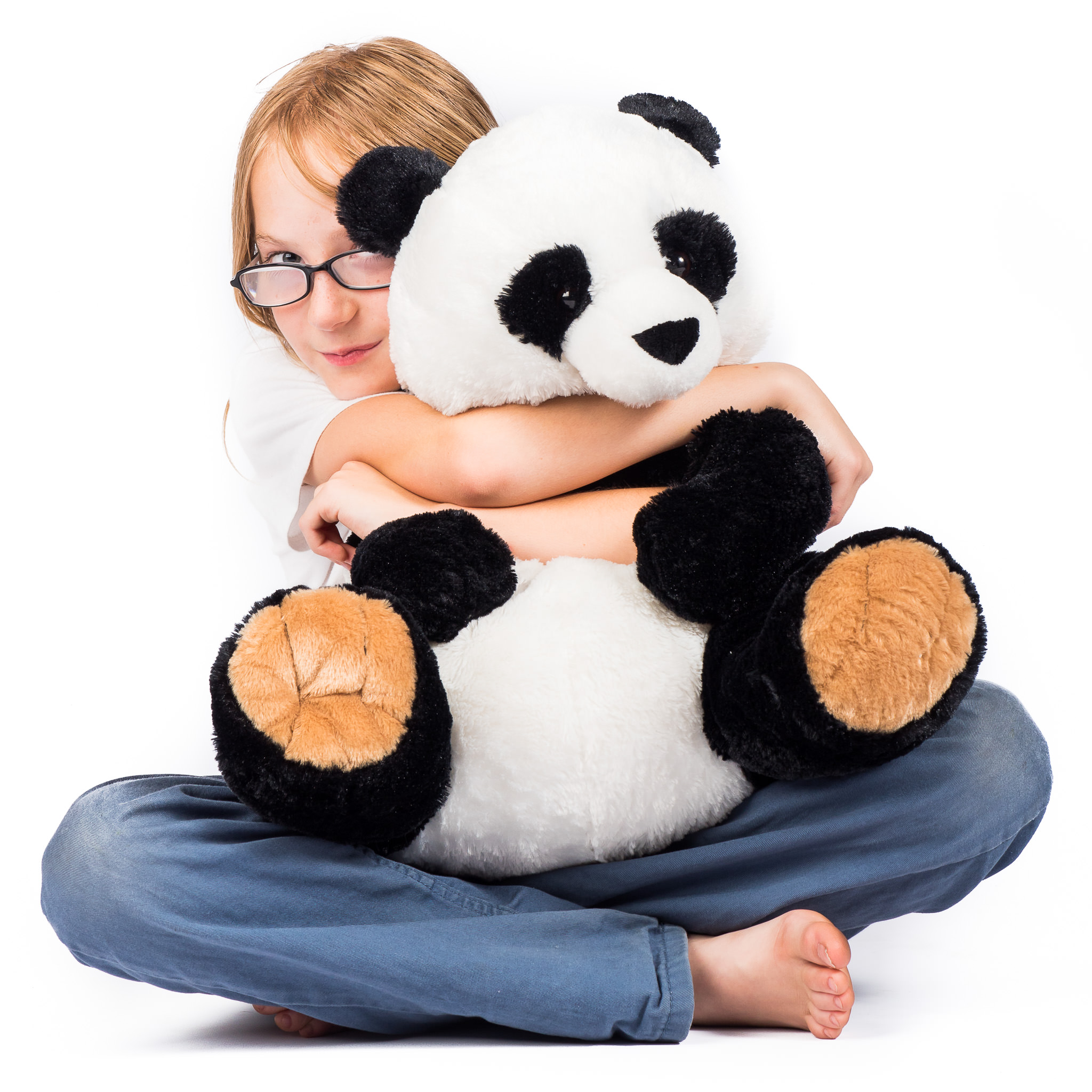 That's just three examples, using four presets, of what you can do with the JamesB Lightroom Presets.

If you'd like to see more, here's a video from the JamesB website, with Mr. B showing his presets himself.

Buy these presets and much, much more for just $127

What else is in the 5DayDeal?

And remember, the deal only lasts until September 15, noon PDT. Plus, we already raised $40,000 for charity in the first 24 hours. Not too shabby! 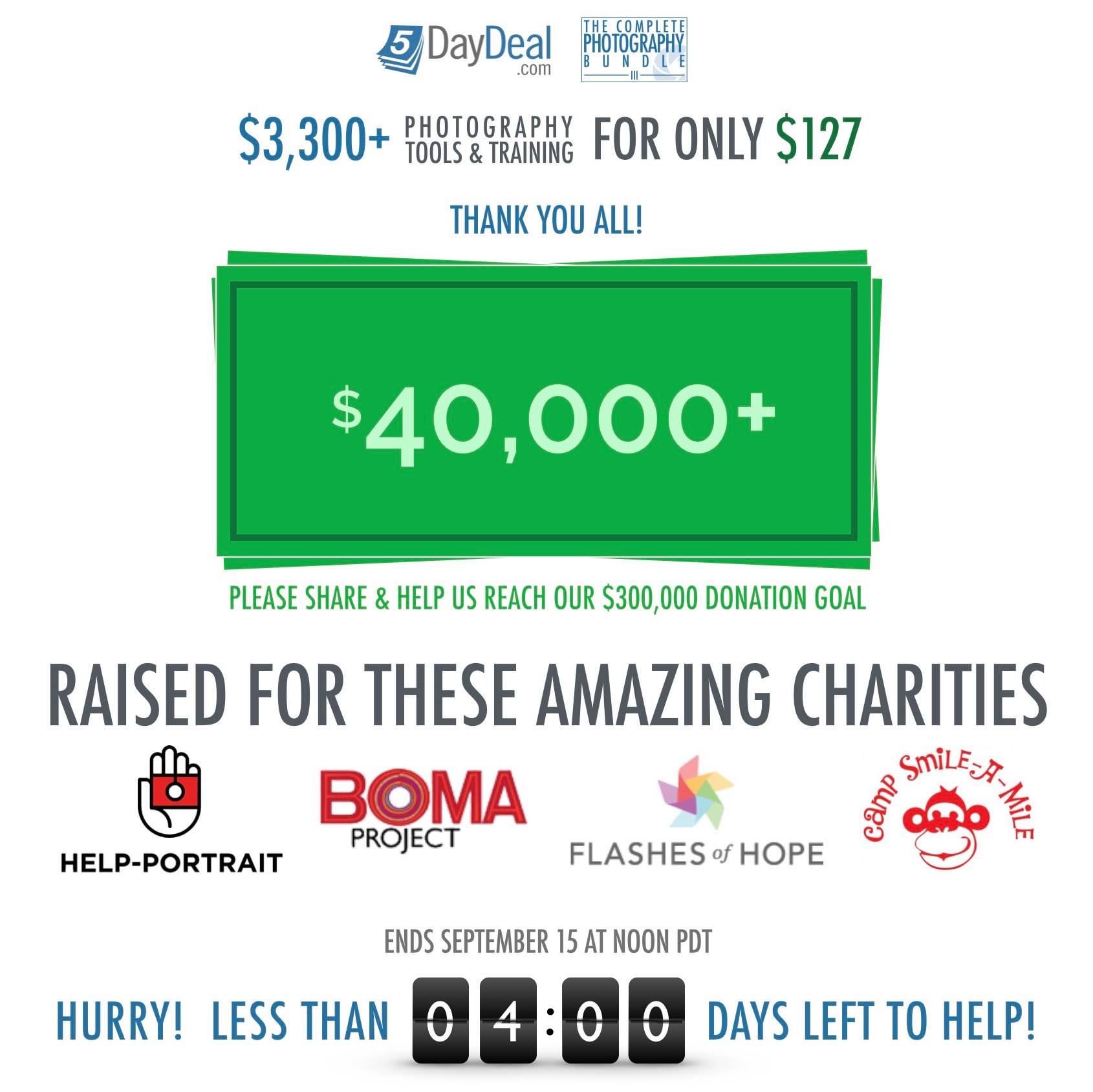 I keep saying “soon” and I mean it… but there have been two hold-ups. Well, three. One, simply time. I've been stupid busy lately. Once I get these started they will just flow like the previous Live Training videos did, but getting started is a big step. Two, my recording studio is being rebuilt. I finally gave up on trying to find the time to do it myself and I have someone doing the work for me now. So that's good. Third, I've actually been struggling a bit with how I want to present it. I have two very different approaches and I will probably have to show both, but doing that cleanly isn't easy. Gotta figure that out. Oh and fourth, I want subscriptions on the site up and running. That's been a much bigger challenge than anticipated. The new payment processor, Braintree, is finally in place and working. We're sorting out the details of what membership means now.

but we're getting closer ;-)