Set Titles and Captions in Aperture 3 Before Sharing Photos Online

Many online sites use IPTC data when displaying photos. The Title and Caption data is often prominently displayed with an image on sites like 500px, Flickr and Smugmug. Adding a creative title or a backstory gives your photos another dimension. Also, if you share to many online portfolios or social media sites, you can centralize your metadata and set the Title and Caption just once, in Aperture.

Aperture natively supports sharing directly to Flickr, Facebook and Smugmug, which use the Version Name of the image instead of the Title. If you share directly from Aperture to these sites, set the Version Name to a descriptive title as well; in fact it's probably a good idea to just copy and paste the name into both fields if you're using these built-in sharing tools.

Setting the Title and Caption 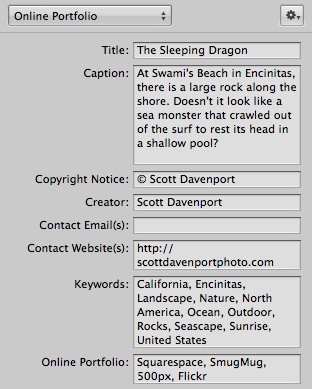 A custom metadata view is not necessary to set Title and Caption; it's a personal choice to make it easier to see everything at once, and confirm that I've populated all the appropriate fields. Also if you're sharing from the built-in tools, you may want to include Version Name in your metadata preset. Refer to this tip for more information about creating and customizing metadata views.

A few examples of how the Title and Caption from Aperture are displayed in online portfolios and social media sites.

500px: Title and Caption are transferred. Keywords are transformed into hashtags. 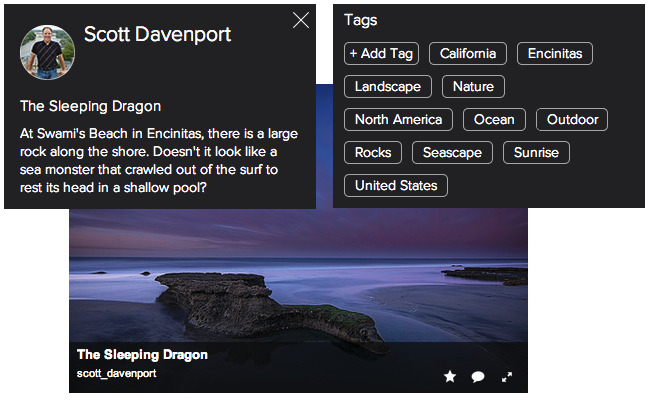 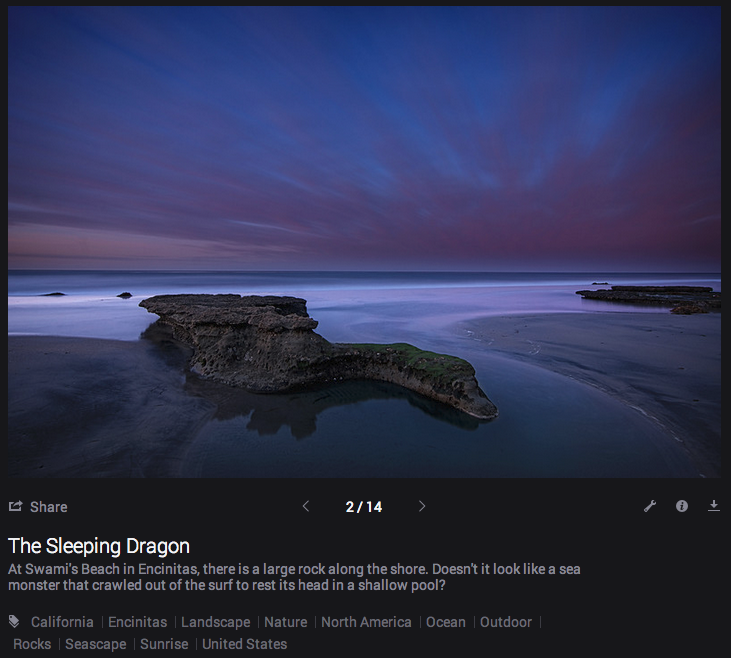 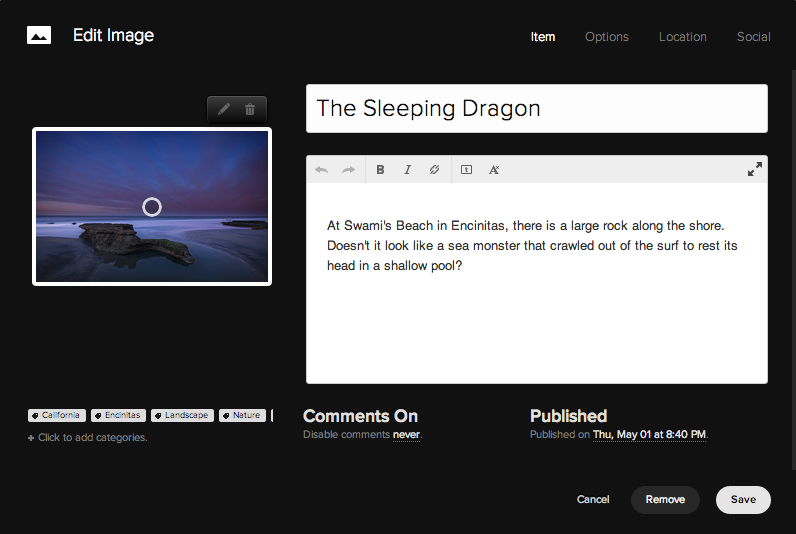 Google+: Only the Caption is included

Facebook generally strips metadata from photos when uploaded. I found its behavior differs depending on how you upload the photo. When posting directly to your timeline, the Title and Caption are not displayed. However, when adding a photo to an album, the Title and Caption are displayed. Uploads directly from Aperture include the Version Name as the title and the Caption.

Facebook: Title and Caption are not included in timeline posts

Facebook: Title and Caption are displayed for photos added to an album

My testing confirmed that Facebook does strip all metadata from the image except for the By-line and Copyright strings. This happens irrespective of the upload method.

There are many other image sharing sites in the world. The Embedded Metadata Manifesto maintains a good chart of what image metadata is and isn't maintained across a variety of social media sites.

Although the Caption field is limited to 2000 characters, you can have multiple paragraphs in a Caption, giving you the flexibility to separate thoughts or tell a brief story about an image. My experience has been hit and miss with multi-paragraph Captions across various online sites. For example, Smugmug and Flickr display the separate paragraphs, while Squarespace collapses all the text into a single paragraph. 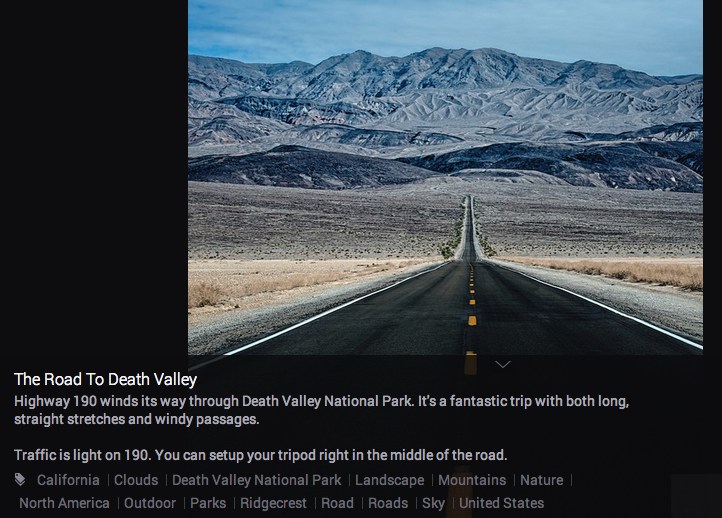 I'll use multiple paragraphs in a Caption when it makes sense for the image. I have not seen an online site truncate the caption at a paragraph break.

About the author, Scott Davenport:

I'm a San Diego based photo educator and landscape photographer and can't get enough of the ocean. I teach workshops, write books and create videos about photography. I'm also much more comfortable behind the camera than in front of it.

See more of my work at http://scottdavenportphoto.com.

Thanks for the tip.  Where to you find the field for “title?”   Thank you.

From the Metadata Views editor, “Title” is under IPTC > Status. If I recall correctly, this field is enabled by default in the “General” metadata view in the Info tab of the Inspector. If it's not, you can choose “Edit…” from the pulldown and add it in. The tip linked in the “Setting the Title and Caption” section has all the details on creating and customizing metadata views.

The major problem with Aperture and meta-data is that it treats characters like å, ä, ö different (note: not the wrong way just using a different way on encoding) than many web sites.

It looks like Squarespace makes these characters bold :D

I didn't know that Squarespace would ingest the title and caption. Great tip.

Scott, is this Squarespace 5 in the screenshot? I've been trying to get some metadata to map in Ss6 and not getting anywhere…

Hmm… I'm using the “Five” template in Squarespace. I didn't specifically select an older Ss engine. I did find an “Enable Metadata Import for Galleries” checkbox in the General tab for the Ss setup. (I'd never noticed it before until now… sounds promising.)

Oh wow! That must be new. Hadn't seen that before.

According to the above examples, Smugmug has the slide-show display I like best, which uses the caption and title from IPTC data.  Are you aware of any of the free photo-sharing sites which display full-size photo with IPTC caption and title showing, in a way that shows the photo full-size with title and caption under?

The only free ones I've used are Flickr and 500px (I'm not “awesome” :). Neither seems to offer a title/caption overlay on a large photo.

YouPic is a newer site on the block… I haven't tried it. Might we worth a look.

Maybe others in the community know of another sharing site that does. 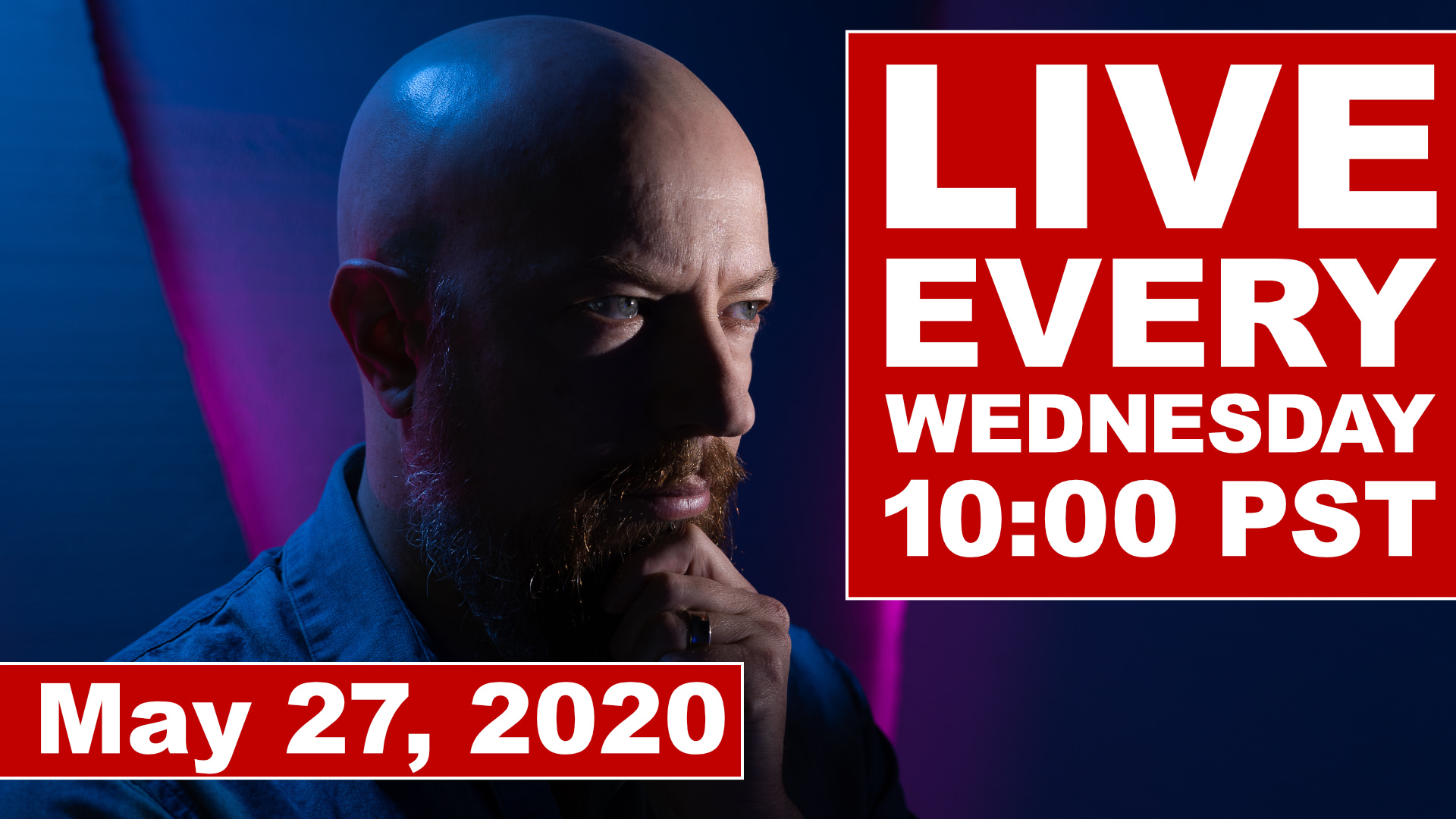