Linear Curves; How Making Your Images Look Really Dull Might Be the Way to Go

When I first experimented with Capture One Pro 8, comparing and contrasting the results with Aperture, I was immediately impressed by the different look it yielded and wrote about it in an earlier posts on this site.

That was just the start and I soon got down to tinkering in earnest.

Capture One can sometimes leave you feeling like you are in a kind of perpetual free-fall; endless permutations and options. I know most post production software can have a similar effect, but things like applying another camera, or lens profile, to the actual one you use can sometimes yield interesting results in itself, but the sheer amount of cameras supported means it could eat up hours of your time playing around with them if you are not careful.

My single most favourite discovery though was the Linear Curve. Below is the image that gave me the eureka moment. 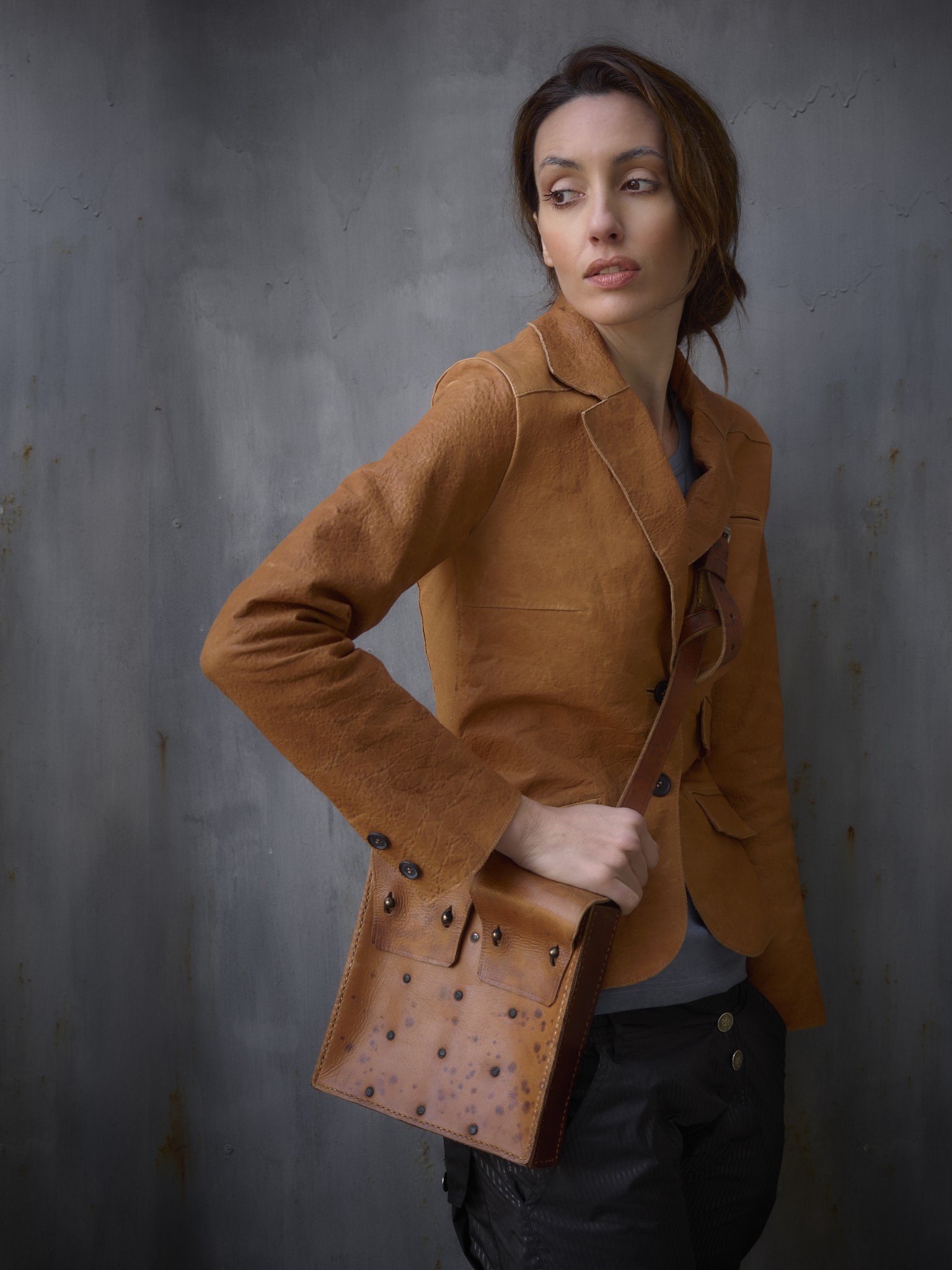 Of course this being a fashion image it’s a matter of taste, but in this instance I loved the painterly look and softer transitions it afforded me (though such things not actually being scientific don’t work for everyone; the make up artist preferred the original!) 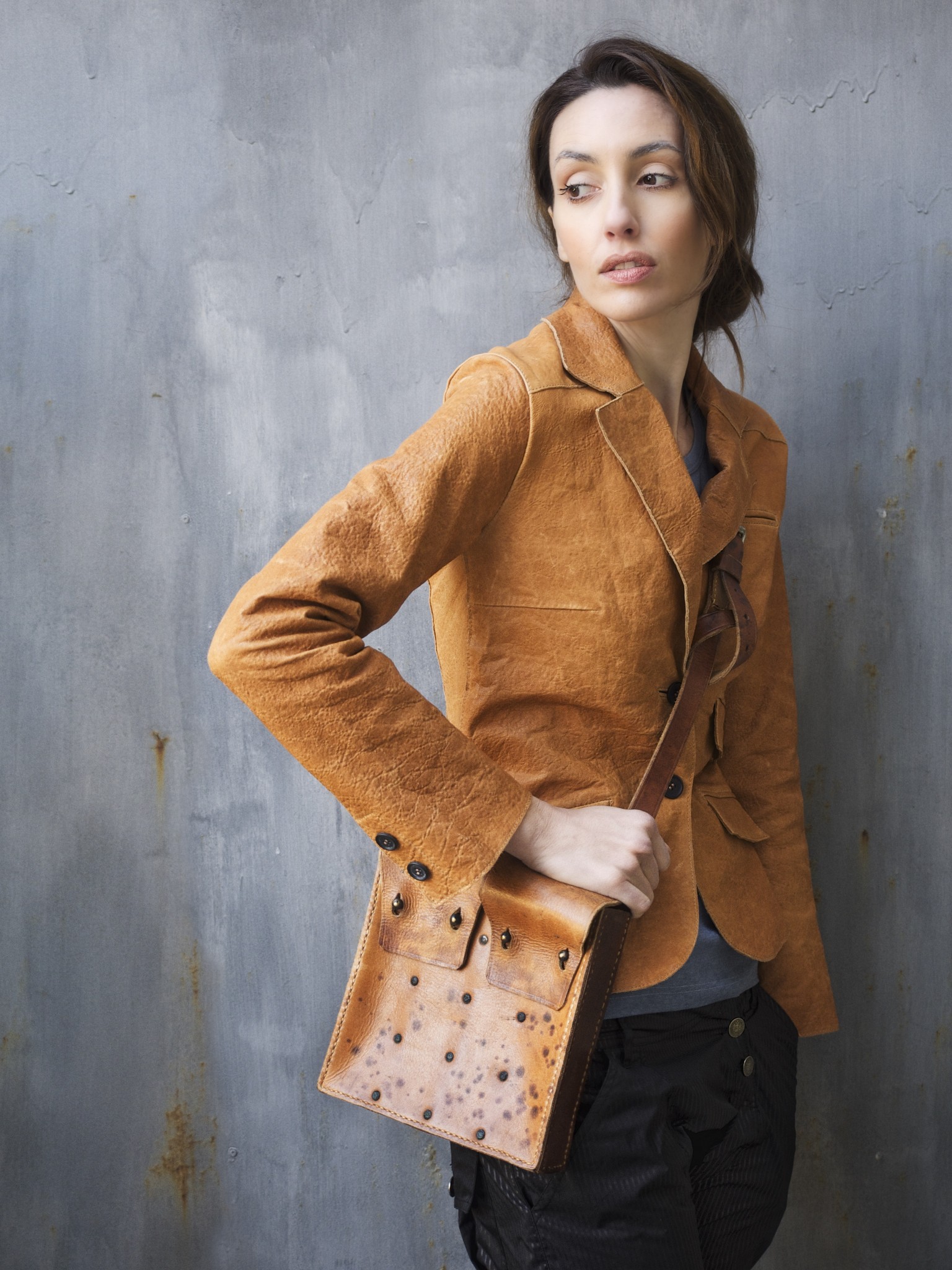 The image as it originally looked in Aperture

Look up Linear Curve on the internet and it mostly refers to mathmatical and technical scenarios, in photography this also tends to be the case, here is some info I lifted from the Phase One blog:

“Scientific photography: You can achieve a perfect linear reproduction of your scene. Scientific flat-art reproduction is also an area where it can be of advantage in combination with specially made color profiles. For true flat art you don’t have the large dynamic range of the 3D world.”

With Linear Curve you may be committed to some extra work to polish up the image, I think that perhaps, applying it to a RAW file almost makes it more ‘raw,’ so that would kind of make sense.

To use it is very simple, you simply look for the Base Characteristics brick (by default in the Color tab) and then scroll down. 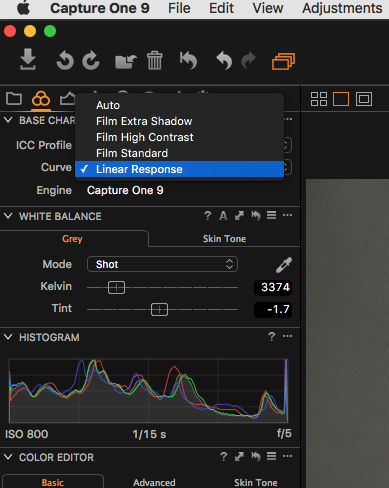 The Linear Response Curve option in the Base Characteristics brick

Whilst there you might also want to take a look at the ICC Profile options as well, by default it is probably set to Show Recommended, but you can change this to show all and then feel free to try out other profiles on your images, the results are often hardly noticeable, which might undermine the notion that different models are so different, but once in a while you will find one that does something wacky 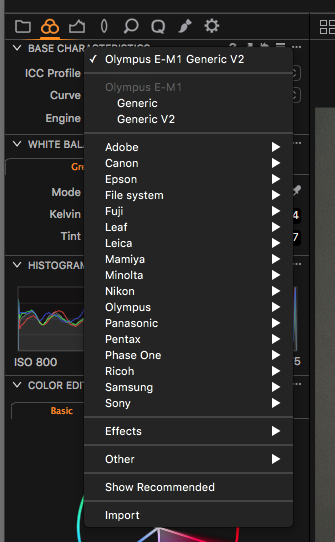 Recently I had to take photos of a posh house in the hills above Barcelona, because it was a job that paid ok and I would have enough time, I decided to shoot most images bracketed, so I could then do HDR work in post-production, I have not done this in a few years and when I did I used Photomatix because you could make very natural looking images avoiding the eyeball wrenching hell that is all too often what HDR/Tonal Contrast delivers us these days.

For this process I shot 5 bracketed images and then got a new trial version of Photomatix to test out the results. 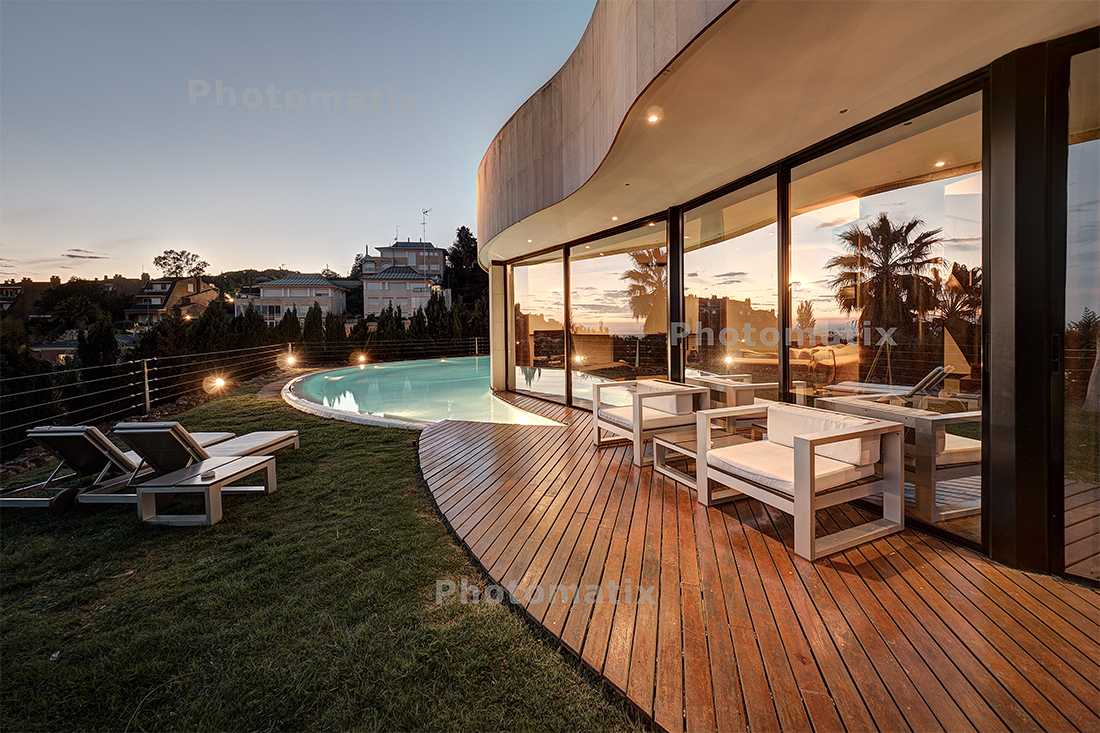 An image processed in Photomatix (demo version; hence the watermarks) from 5 bracketed exposures

All in all I was pretty pleased with the test images I created but then took at a look at the images in Capture One Pro 8 and realised I could get something almost exactly the same just using one decently exposed image. 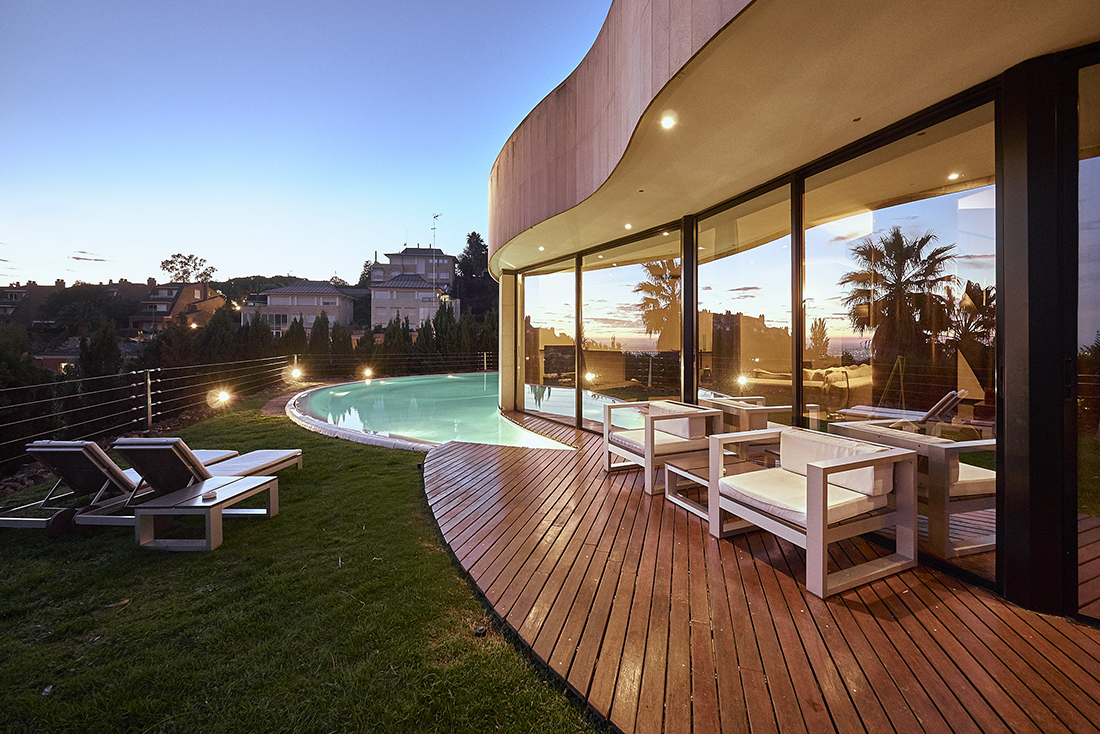 Things like this can kind of throw you; if you have been accustomed to doing things one way, using a well honed skill-set, to then find out that very same skill-set has become redundant because of a simpler way to go about it; a very common occurrence these days in most walks of life I guess.

But It also meant I did not have to fork out 80 odd euros for a copy of Photomatix, so I can't complain.

This in effect means I could probably stay in Capture One the whole time even more in the future, I found using Linear Curve and then adjusting HDR sliders got me into the ball-park pretty quickly, I am sure there might still be instances where going the traditional route is the only option, but I will endeavour to avoid this, because it will just save so much time and result in fewer large files floating around with the effects baked into them, because it is almost guaranteed you will return to the image a day later and want to refine the look.

I need to add one proviso here and that is that at the time I was using version 8 which still did not have a lens profile for the new one I was using and it, being very wide angle, meant that the generic lens correction options were not enough, so I was still round-tripping to Photoshop to finesse the look.

I have just updated to Version 9 and they have the new lens profile and yes it corrects the distortions perfectly, the image above was redone in the new version.

All this means of course there is one less excuse to leave what is rapidly becoming something of a magical walled garden, which we Apple users know can be a mixed blessing.

So taking nothing away from the utility of your method for true “scientific” uses, “real” HDR as opposed to “tone mapped” output, you’d still need to do some post processing in another app to get to true linear output.

Thanks for the reply, I would never claim that there is anything scientific in my methods! I am lacking the patience for that, I was merely remarking on what comes up on google and what can be found on the C1 website.